has posted a net profit of RM7.1mil on the back of RM41.4mil in revenue for its first quarter ended March 31.

The Melaka-based property developer was listed on the ACE Market on March 16.

phases two and 3A.

“We are particularly pleased with maintaining our high profit margins. This was generally attributed to the cheaper land and construction costs we have locked in over the years, ” he said.

“Looking ahead, we expect to sustain our top and bottom lines premised on the continuous revenue recognition of our ongoing projects as well as developments we have in the pipeline, ” Teo added om the statement. Work on new projects such as Taman Desa Bertam phases 3B and four and Taman Bertam Heights phases 1A and 1B will start by year-end.

Teo is also optimistic about the outlook of the property development industry, underpinned by the gradual recovery of the economy.

“In general, construction completion rate is returning to its pre-pandemic level as contractors are getting familiar with operating under the stringent standard operating procedures.”

The group recently announced a proposed acquisition of three parcels of land in Melaka measuring 519.8 acres for RM95.1mil, with the deal expected to be completed in the fourth quarter of 2021. 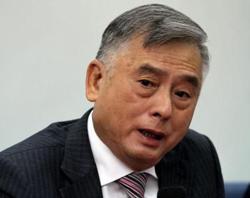