NEW YORK: U.S. stocks fell on Monday and the Dow Jones Industrial Average snapped back from a record high, as worries about accelerating inflation dragged on shares and hobbled the dollar, which struggled at a 10-week low.

The stocks pullback was mirrored by a broad retreat in riskier assets such as oil and copper, as some investors grew nervous after recent hefty gains.

Indeed, copper prices had also shot to an all-time high earlier on Monday as investors piled in on bets of improved demand amid a tightening supply, and driven by the fear that they were missing out on a price rally.

Some analysts warned that investor bets on mounting inflation pressure and ensuing interest rate hikes by the Federal Reserve could be overdone.

"We see a high bar for the Fed to change its policy stance," Jean Boivin, head of BlackRock Investment Institute, said, noting a "disconnect" between the market's pricing for rates to rise as early as next year, and the Fed's rate projection.

For now, Monday's jump in the breakeven rate for TIPS was the focus of some investors.

Speculation that growing price pressure would erode the dollar's value kept the U.S. currency near a 2-1/2-month low. By late Monday, the dollar index, which measures the greenback against six major currencies, had pared losses to stand at 90.302.

A sluggish dollar helped sterling rally to $1.416, the highest since Feb. 25, despite Scotland's leader saying another referendum on independence was inevitable after her party's resounding election victory.

Rising inflation expectations lifted longer-dated U.S. Treasury yields. The yield on benchmark 10-year Treasury notes stood at 1.6038% after plunging to a two-month low of 1.469% on Friday.

The 10-year TIPS breakeven rate also rebounded after closing at 2.503% on Friday. It was last at 2.54%, its highest since April 2013, indicating the market sees inflation averaging 2.5% a year for the next decade.

Oil prices gave up earlier gains as concerns that rising COVID-19 cases in Asia will dampen demand outweighed expectations that a major U.S. fuel pipeline could restart within the week following a cyber attack.

The focus now shifts to U.S. consumer price data due on Wednesday, which will help investors determine whether to scale back inflation expectations even further. 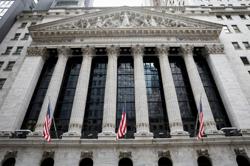