Rahim & Co International Sdn Bhd real estate agency chief executive officer Siva Shanker believes that the industrial sub-sector will continue to hold steady. “I believe it will stay the same, ” he tells StarBizWeek about the outlook for the industrial segment.

WHILE the Malaysian property market has been generally quite soft over the past few years, the industrial sub-sector seems to be bucking the trend and gaining a fair bit of attention of late.

Earlier this week, Savills in its Asia-Pacific Investment Quarterly report for the first quarter of 2021 (Q1) revealed that major investment transactions in Malaysia grew 53% year-on-year to RM1.46bil in the quarter, spurred mainly by properties within the industrial sub-sector.

Going into Q2 and perhaps beyond, can the market expect a similar trend?

“I believe it will stay the same, ” he tells StarBizWeek about the outlook for the industrial segment.

So, does this mean that potential investors or tenants should steer away from the other property sectors and turn their attention to industrial and warehouse spaces for steady, if not quick, big returns?

Not so fast, says Siva. “The industrial sector is not really flying high. In fact, it’s been about the same for the past few years since the property market turned soft due to the oversupply. 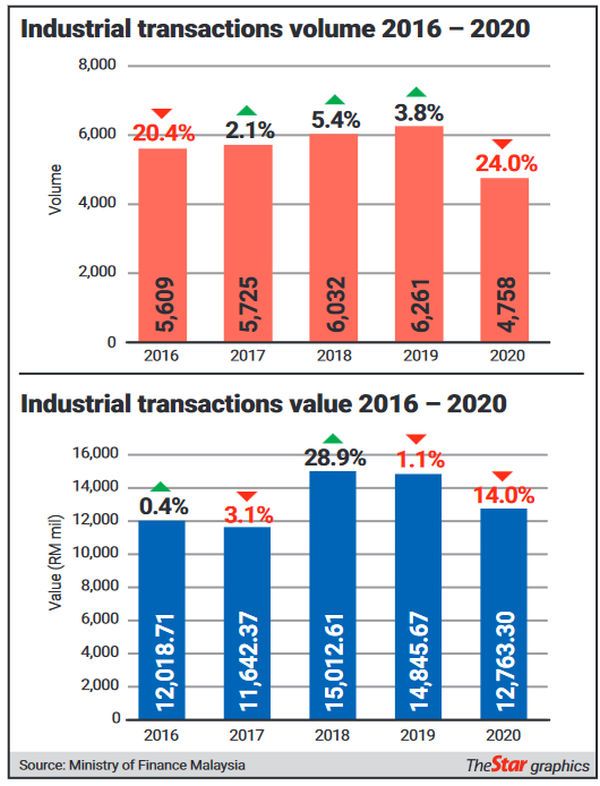 “The only reason people have started to take notice of it is because the other sub-sectors, the residential, office and retail, have been soft for quite a while. All of a sudden, industrial and warehouse space has turned sexy.”

According to Siva, unlike the other segments, the industrial sub-sector tends to hold steady regardless of the economic climate.

But that did not happen with the industrial sub-sector, Siva says.

“Because this segment has been holding steady and the others have not, now, the industrial sub-sector is considered sexy and you find a lot of funds chasing it.

“But once the market picks up, the residential, office and retail space will become sexy again and the industrial sub-sector will just be an afterthought, like it was before.”

According to Savills, the industrial sub-sector led overall transaction value in Q1, accounting for approximately 48% of the total, followed by commercial transactions at 22%.

“Hartalega intends to invest RM7bil to build 16 new glove factories in Malaysia’s northern region over the next 20 years, ” it says in its report.

Within the Greater Kuala Lumpur area, Savills says the largest transaction was by UEM Land Bhd’s purchase of 9.3 acres of factory land, as well as buildings thereon from Dutch Lady Milk Industries Bhd

in Section 13, Petaling Jaya, Selangor, for RM200mil with plans to build a RM1.3bil mixed-use development.

Additionally, Savills noted that Axis REIT had entered into an agreement to acquire 7.5 acres of industrial land and the buildings thereon from FIW Steel Sdn Bhd for RM120mil.

“The land is in Bukit Raja, an established industrial location in Shah Alam, Selangor due to its proximity to Klang port, coupled with good accessibility and infrastructure.

“Separately, Axis REIT also acquired two leasehold industrial sites totaling 16.2 acres in Johor for RM75mil, as the fund continues to build on its status as the leading player in Malaysia’s rapidly expanding industrial and logistics sector.”

Siva points out that one main reason that the industrial sub-sector has remained steady throughout the years (and not as volatile as the other segments) is that speculation is almost non-existent for those looking to purchase warehouses.

“Well, you do have some speculators that go in purchasing some small industrial lot, looking to make a quick gain.

“But for the most part, people don’t go into this segment on a whim. They will build one million sq feet of space because someone already wants it. They don’t build and then wait for someone to show up and take it.”

According to Rahim & Co’s Research Property Market Review for 2020/2021, the industrial sub-sector is seen as a silver-lining amidst the pandemic-ridden property market.

“Encouraging growth was seen for the warehousing and logistics segment in 2020 following the boom of e-commerce as the default means of shopping during the movement restriction period.

“Aside from the surge in the glove and face mask manufacturing, the industrial sector had remained relatively stable in demand and the fall in market activities was primarily due to the temporary market freeze. But once it was uplifted, business had resumed or grew better for some.”

Moving onwards, Rahim & Co says warehousing and logistics is expected to continue to be in the limelight.

“A full-facilities industrial park that is professionally managed is the prime choice in industrial property investments, as investors and companies are more diligent in looking at total operations costs of a facility together with manpower management and enhanced productivity, on top of being the best value-for-money offer in the market.”

Henry Butcher in its Malaysia Property Outlook 2021 report also says the increased demand for warehousing due to the changing landscape for e-commerce as a result of the pandemic, will spur the industrial sub-sector in 2021.

“Matured and sought-after areas will remain a popular location for manufacturers or warehouse operators.

“However, continued political instability and a resurgence of the Covid-19 pandemic may deter foreign, as well as local investors, to set up or expand their businesses in Malaysia.”

Henry Butcher adds however that the RM1bil allocated under the Industrial Digital Transformation Scheme under Budget 2021, to encourage small and medium enterprises and businesses to digitalise operations and trade channels, will encourage the upgrading of companies’ digital capabilities and prepare them for future growth.

According to the National Property Information Centre (Napic), the industrial sub-sector recorded 4,758 transactions worth RM14.85bil in 2020.

“On the construction front, the industrial sub-sector remains on a low tone as completions, starts and new planned supply recorded sharp decline. 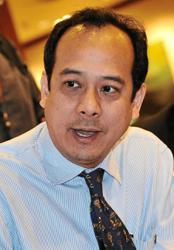