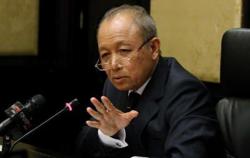 Prior to that, Arifin had served in numerous capacities in the judicial office as well as the legal department of the government.

Arifin read law at the University of Sheffield, United Kingdom, and received his Master of Laws from University College London, UK, the same year he was called to the English Bar.

Meanwhile, Datin Norazah Razali was appointed as a PNB director, with effect from May 6,2021. Norazah is currently senior adviser at Boston Consulting Group (BCG).

She has over 20 years of strategic and management consulting experience specialising in business and organisational transformation, restructuring, growth-led strategy, talent and leadership development, as well as governance.

She is a law graduate from the International Islamic University of Malaysia and has a Master of Business Administration from the Management School, Imperial College London, UK.

“We look forward to their stewardship of the institution and the assets that we manage on behalf of over 14 million Malaysians, ” said Ahmad Zulqarnain Onn, PNB president and group chief executive.