KUALA LUMPUR: Any proposal to redevelop Sultan Abdul Aziz Shah Airport, or Subang Airport is still preliminary, according to the Transport Ministry.

In a statement Friday, the ministry said any final considerations and decision rests with the Cabinet.

It added that it was a common practice for the market to submit proposals to the Government via an operating Ministry to develop new or existing assets.

“In the case of Subang Airport, being a significant facility and major urban hub for Klang Valley residents, great care and deliberation is needed for the airport’s long term future in the broader Malaysian aviation landscape.

“Any proposal to redevelop Subang Airport is still preliminary and any final considerations and decision rests with the Cabinet,” it said.

It has been reported that Subang Skypark Sdn Bhd (SSSB) is planning to acquire the airport.

SSSB is a wholly-owned subsidiary of WCT Holdings Bhd

SSSB is proposing to enter a new concession to operate the entire area of the Subang airport until 2092, developing it to be a city airport.

According to The Vibes, this new proposal was presented to the Transport Ministry at an estimated RM3.7bil of initial investment, of which RM1.7bil will be for the passenger terminal and executive jet terminal set to open in 2027.

The remaining RM2bil will be spent over the next 10 years on the airport city. 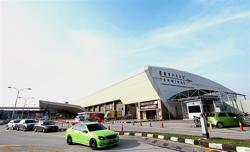 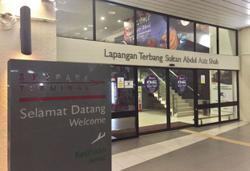