KUALA LUMPUR: Malaysia’s labour force situation improved in March as the number of people employed increased in the services, manufacturing and construction sectors, the first time after 11 months.

According to the Chief Statistician, Datuk Seri Dr Mohd Uzir Mahidin: “March 2021 marked a year after the first Movement Control Order (MCO) was implemented beginning on March 18,2020 prompting a new norm since the spread of COVID-19 in Malaysia, ” he said.

Unlike MCO 1.0 where most economic activities as well as national and interstate borders were closed, March this year saw most states were in Recovery MCO while several others were in Conditional MCO with most of the economic activities continued to operate in compliance with strict standard operating procedures.

He explained the employment-to-population ratio which indicates the ability of an economy to create employment was 65.4% (February 2021: 65.2%).

He added the employed persons who were temporarily not working during the month continued to trend down to 121,000 persons (February 2021: 150,800 persons) following the continuous resumption of almost all business activities during the month.

Employed persons in manufacturing and construction sectors continued to see an upward trend whereas employment in agriculture and mining & quarrying sectors remained on a declining trend. 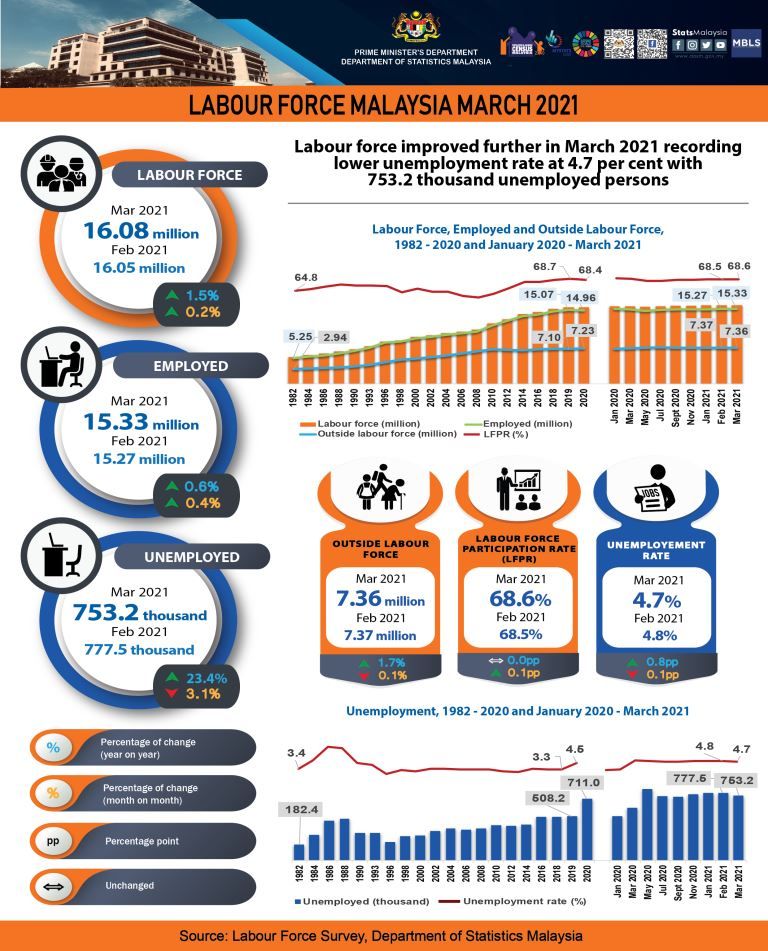 For the first quarter of 2021, Mohd Uzir said the labour force continued to improve in response to the sign of economic recovery, registering 16.01 million persons.

The number of employed persons increased 0.5% to 15.24 million persons particularly in services, manufacturing and construction sector.

“Further recovery in Malaysia labour force may be more certain with the resumptions of most business activities coupled with the expansion of Covid-19 vaccination programme to a larger community.

“Nevertheless, this positive momentum will subject to the uncertainties in the country’s health condition and subsequently the economic performance, ” he pointed out.

“The rising number of daily Covid-19 cases in Malaysia had prompted the implementation of Restricted MCO in targeted areas and MCO in certain states namely Kelantan, Sabah, Selangor and. Kuala Lumpur in May 2021.

“These signalled that the labour force may face some challenges in the forthcoming months. However, with the encouraging labour market improvement observed in the first quarter of 2021, it is hope that the labour market will continue its recovery momentum albeit at a moderate pace, ” he said. 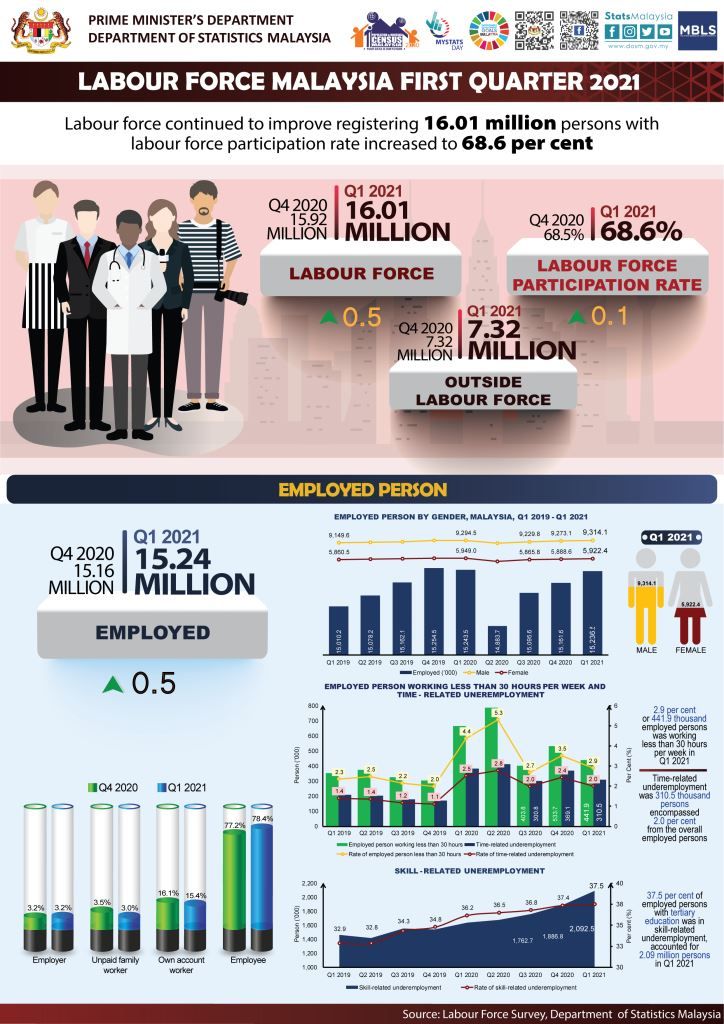