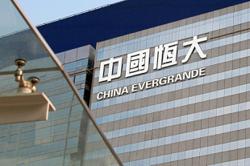 One influential group, the Korea Stockholders Alliance, has even vowed to gather day traders into a force to fight short sellers – much the same way their US peers took on Wall Street over GameStop Corp – if equities begin to tumble.

SEOUL: Retail traders who drove record gains in South Korean stocks during the darkest days of the pandemic are bracing for a new threat – the return of institutional players betting on share-price declines.

The world’s longest ban on short-selling stocks comes to an end today, and it’s got individual investors scrambling for strategies to protect their portfolios.

Some have cashed out large chunks of their holdings over recent weeks, while others are toying with the idea of trying short selling themselves.

One influential group, the Korea Stockholders Alliance, has even vowed to gather day traders into a force to fight short sellers – much the same way their US peers took on Wall Street over GameStop Corp – if equities begin to tumble.

“I agree in theory that we need short-selling because it reduces bubbles and helps the market find the right price of assets, ” said Hong Seung-jae, a 32-year-old office worker who gets his trading tips from YouTube and the Internet during his 40-minute commute to work on the Seoul subway.

“But individuals are at a huge disadvantage given the amount of information and deep pockets institutions have.”

Korea is the last key market with a prohibition on short selling and is allowing the practice again after the economy bounced back to its pre-pandemic peak last quarter.

The resumption is also coming at a time when the Kospi Index is near a record high, having climbed about 10% this year, after surging by almost a third in 2020 in the best performance among major world indexes. And the resumption is accompanied with heavy penalties for wrongdoing, including jail for anyone who sells shares they haven’t actually borrowed.

But none of this is enough to quell concern among the nation’s individual traders, who have had relatively free rein since foreign funds pulled back after the ban took effect in March last year. They’ve got a lot at stake, having snapped up about 95.5 trillion won (US$86bil or RM352bil) of local equities in net buying in the period since then, according to Korea Exchange data. — Bloomberg

“If the Kospi falls back into the 2,000s level, we will mobilise a huge number of retail investors to rally against short sellers, ” said Jung Eui-jung, head of the Korea Stockholders Alliance, which led the unsuccessful K-streetbets campaign to keep the ban in place permanently.

While retail traders have historically found it difficult to go head-to-head with institutional money, GameStop’s dramatic run-up in January may have changed the dynamic. Investors on WallStreetBets – the Reddit forum that inspired K-streetbets – encouraged users to dive into GameStop stock and also bid it up using a sophisticated options strategy, creating a short squeeze that was painful for hedge funds like Melvin Capital Management.

The Kospi closed at 3147.86 on Friday, about 5% above the level that would put the alliance on alert.

While retail traders have grown to account for more than three-quarters of daily turnover, that doesn’t mean they could inflict losses on hedge funds like those sustained in the US GameStop’s surge, said Hwang Sei-woon, an economist at the Korea Capital Market Institute.

“There is no clear consensus on who short sellers would be and who to target, ” said Hwang, who started wearing a protective vest when commuting to work after receiving death threats for advocating short-selling.

It won’t just be hedge funds from abroad that employ strategy, Korean mom-and-pop traders will be among them.

Chae Ae-kyung, a 62-year-old homemaker who began buying stocks during the pandemic, said she plans to take a mandatory 1.5 hour online training course so she is allowed to short sell. At its most simple, the practice involves borrowing a stock and selling it, betting that the price will have gone down by the time you need to buy it back.

“I got into the stock market out of nowhere, without much understanding of it, ” said Chae, whose first purchases included Samsung Electronics Co, Kia Corp and SK Biopharmaceuticals Co. “I’ll do the training. I’m sure it will help.”

Hana Financial Investment Co is launching short-selling to retail investors for the first time on Monday and nearly 30 firms are expected to be offering the service by year end, compared with just six in early 2020. Most are making the move without any fanfare, to minimise the risk of a backlash.

Allowing investors to hedge their risk through the strategy may spur net foreign inflows, according to the pair.

The last two times short selling was restored after a ban, there was initial volatility and declines, but the lost ground was regained after about a month, they wrote in a report in April.

Hong, the 32-year-old office worker, isn’t taking any chances though.

He recently scanned Korea Exchange’s website, looking for companies that have come into the sights of short sellers, and found that LG Display Co was among them.

“I cut my LG Display holdings by about half, ” he said. “I also sold shares of other companies for profit, just in case.” — Bloomberg