Setting the benchmark as a responsible corporate citizen 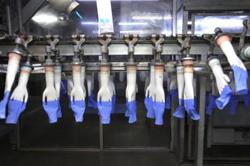 OF all the debates surrounding globalisation, one of the most controversial involves workers’ rights.

is not the first company in Asia that has been questioned by proponents of workers’ rights from the West.

In fact, the lucrative rubber glove industry, as a whole, has been routinely accused of practising labour standards that are not in compliance with Western standards.

The entire episode, nonetheless, has been a wake-up call for Top Glove and to its credit, the world’s largest manufacturer of gloves has swiftly acted to remedy the shortcomings it has been accused of.

The company has repeatedly made representations that it has improved its labour management and on April 26, announced it was now in compliance with international standards, having eliminated all 11 International Labour Organization (ILO) indicators of forced labour; verified by independent international UK consultant, Impactt Ltd.

Top Glove spared no expense in ensuring that it will wipe clean the slate of accusations against the group as it moves to improve working conditions for its employees.

That itself is a momentous moment for Corporate Malaysia where the hiring of foreign labour can be seen to be more than an input of production but rather also in consideration of the human rights and dignity every employee, regardless of nationality, deserves.

Top Glove’s commendable action now has different connotations. It sets a benchmark for the entire rubber glove ecosystem to follow and on a wider scale, for all companies in Malaysia that hire millions of workers in the factories throughout the country.

Today’s world is firm on environmental, social and governance (ESG) standards, brought about by the urgency in tackling climate change and ensuring equality for all is not just a mantra but actually practised.

By fully addressing and rectifying its labour and accommodation issues, Top Glove can confidently tell shareholders, investors and other stakeholders to now look at its overall business model and the record-setting profit it generates through a different lens as a responsible corporate citizen.

What Top Glove has done was to reverse an episode of shame and bring pride to how it has transparently and expansively dealt with a blot on its corporate history.

For a company that has stunningly delivered a return of over 300 times to its original shareholders, it can now bring into focus its ambitious plans of expansion of not only production but also profit. 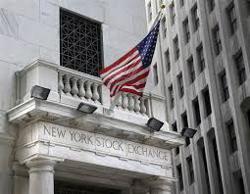