LONDON: Copper drifted lower on Friday, hovering below the $10,000 level it briefly broke through a day earlier as the dollar strengthened and some speculators locked in profits.

LME copper, which has gained 27% so far in 2021, was still on track for a monthly gain of 9%, boosted by optimism around prospects for a quick global economic recovery as well as tightening supply.

"There's been a bit of profit-taking in copper, we're going into the holiday season in China," said Robert Montefusco at broker Sucden Financial.

Chinese bourses will be shut from May 3-5 for the Labour Day break, while the LME will be closed on May 3 for a bank holiday.

"But people still seem to be quite bullish. There's a lot of bullish talk from the banks and trade houses about the green energy targets," Montefusco said.

Citibank said this week there was a good chance copper could hit $12,000 a tonne over the next three to six months. 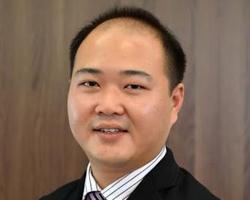