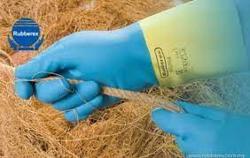 In equity offerings to raise new capital, a corporate has two options. The first is, of course, is to call for a rights issue and the second is via private placements.

HOW does a corporate raise funds from the capital market? As they say, there is more than one way to skin a cat, there is also many ways to raise funds for a listed entity.

A company can either raise funds via debt or equity or even via a hybrid structure, which are debt in nature but convertible to equities based on certain defined parameters.

For debt funding, companies in general have two main sources. They could either approach a bank to borrow or raise debts via the issuance of bonds or even perpetual securities, which by definition is a debt but sits as part of equity due to the perpetual nature of the papers.

When raising debts, there are few key considerations for a corporate. First, is the company’s capital structure, i.e. whether it has headroom to borrow further to ensure it does not deteriorate the company’s debt-to-equity mix or at least remains at an efficient and acceptable level.

Second, whether the company’s operating cashflow is strong enough to meet the debt obligations in terms of interest payments and, of course, to fully redeem the papers when they mature.

Third, lenders would want to know the purpose of the utilisation of the fundraising exercise and typically this includes either expansion of business, new product launch, venturing into new markets, working capital purposes or even perhaps to retire existing debts, which may be carrying higher coupon rates.

Of course, if the company is raising debt via bond offerings, another important element is ratings – the higher the rating, the lower the cost of borrowings would be.

However, if a company finds that it does not want to stretch its balance sheet further and perhaps it cannot meet the lenders’ demands on the structure of the facilities, a corporate could always issue new shares.

In equity offerings to raise new capital, a corporate has two options. The first is, of course, is to call for a rights issue and the second is via private placements.

Some companies also throw in freebies like free warrants in some of these corporate exercises as a sweetener to entice shareholders to take up the rights offering.

Equity is an expensive fundraising method

In corporate finance, equity is part of shareholders’ funds and if more shares are issued, the dilutive effect takes a toll on the company.

Of course, the share price will be adjusted by the corporate exercise but if the proceeds raised is not enough to boost the company’s bottom line, the dilutive effect will take its toll on the company’s share prices, leaving everything else constant.

Equity fundraising also tends to raise the weighted average cost of capital, as the cost of equity is more expensive than the cost of debt due to the risk premium associated with equity, amplified by the beta of the company’s shares.

Hence, for analysts who are valuing a company using the discounted cashflow method, the weighted average cost of capital increases when more equity is issued.

Since the relaxation in the issuance of new shares via placement, there has been an avalanche of share placement exercises undertaken by companies, and in some cases, placement after placement.

The advantage of placement shares, well at least as far as the company is concerned, is that they tend to be priced at a much higher price than a rights issue and thus allowing companies to raise funds more efficiently. In addition, private placements are not cash calls on existing shareholders, unlike a rights issue.

The drawback of a private placement is existing shareholders will be diluted by placement exercises, while the valuation of a company too will be impacted due to a higher share base.

The drawback of a rights issue is the discount offered for a rights issue in terms of the price of the rights itself. Rights issues tend to be a more expensive way to raise funds, as more shares are issued for the same amount of money that is raised by a corporate when compared with placement exercises.

While both rights issues and placement shares enable companies to raise funds in the market, the manner it is done remains questionable in some cases.

Based on a filing with Bursa Malaysia, AT Systematization has been one of the most aggressive in undertaking placement exercises between October and December last year, where some 1.34 billion shares were placed out. This is after the company had undertaken a rights issue on the basis of two for one in May last year of almost a billion shares.

As for rights issues, two compelling proposals deserve mention. The first was from Paragon Globe Bhd

(PGB). On April 7,2021, the company proposed to undertake a rights issue on the basis of four for one with the issue price of the rights shares assumed at just 7.5 sen per share.

Based on the five-day volume-weighted average price of PGB before the announcement of RM1.03, the rights were priced at a huge 71.8% or 19.1 sen discount to the theoretical ex-rights price of 26.6 sen.

For the rights issue, the company will be issuing some 746.6 million new shares and thus its total share base will rise by five-fold to 933.3 million shares. PGB intends to raise RM56mil from this rights issue exercise.

What is odd is that the company’s balance sheet as at end of December 2020 is rather strong. It shows that PGB has a net asset value per share of RM1.27 and has a very manageable net debt level of just about RM11.2mil, translating to a net gearing of just 4.7%.

Surely, PGB could raise funds via debt funding to make its balance sheet more optimal, and even if it needs to raise funds for land acquisition and construction of its medical centre, the rights issue could be priced at a more competitive and compelling price.

The second recent case is that of Sanichi Technology Bhd

(STB). In STB’s case, the company undertook multiple private placements involving the issuance of some 495.9 million shares between November and December last year.

In February this year, STB announced plans to consolidate 10 existing shares into one share, and to support its new business venture into glove manufacturing, the company proposed a rights issue on the basis of six rights shares together with three free warrants for every one consolidated share held, with the rights issue priced at just 8 sen per share.

However, unlike PGB, in STB’s case, the rights shares were priced at 23.4% of the theoretical ex-all price, which is rather realistic when taking into consideration the underlying share price of the company.

In STB’s case, the company’s base-case scenario will see it raising some RM96.2mil, as highlighted in its circular to shareholders. STB has a relatively strong balance sheet as it was sitting in a net cash position of about RM99mil as of Dec 31,2020. Hence, STB’s rights issue to raise RM96.2mil is rather perplexing considering that it is a net cash company.

Based on the examples above, the relaxation of private placement exercise has indeed opened a flood gate for corporates to raise funds. In addition, to rights issue exercises to raise fresh funds, companies are also rampantly issuing new shares in all sorts of forms, especially with esos, share investment schemes (SIS), and long-term incentive plan (LTIP).

Some of these new shares offered are rather large, with up to 30% of the current share base. On top of that, with sweeteners like warrants thrown in with rights issues, the exercise of the warrants too is resulting in some of these companies seeing their share base ballooning rather quickly and by few-fold in a short time.

While regulators have relaxed the rules on companies undertaking fundraising up to the end of this year, it is hoped that the manner whereby corporates undertake these exercises is done responsibly and not in a manner that is detrimental to the market in general and to their existing shareholders in particular, which leads to very heavy dilutive effect.

For shareholders that are invested in companies that are undertaking these exercises, especially massive private placements and other forms of share issuances, it is hoped that they do realise that the enlarged share base and dilutive effect is detrimental to their interest in the company.

It is time to be cautious on companies with massive dilutive effect arising from share placements or issuance via esos, SIS and LTIP. 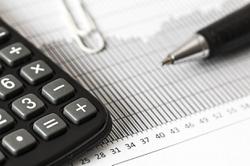