PetDag to focus on non-fuel segment

(PetDag) will be amplifying its focus on non-fuel segment to buffer its operations from the uncertainty in the oil and gas sector and to generate growth.

PetDag head of retail business Khalil Muri said the group will continue with its efforts in the non-fuel segment especially in ready-to-eat food solutions, loyalty programme and payment solution through Setel application to future proof its business.

“We are targeting the non-fuel segment to contribute 30% to PetDag’s revenue in 2030.

“The focus on the non-fuel segment is to buffer our operations against the cyclical nature of the oil and gas sector, ” he told reporters at a briefing last Friday.

PetDag’s revenue at is mainly derived from the fuel segment, which contributes up to 95% of its total revenue, while the non-fuel segment contributes only about 5%. 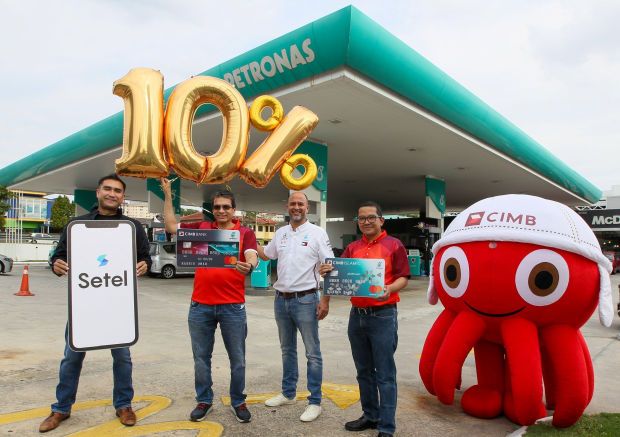 PetDag will continue to invest RM500mil in capital expenditure this year to open new petrol stations, refurbish some of its existing stations and enhance its non-fuel segment.

He added that PetDag has more than 350 vendors for its non-fuel segment to meet the customers demand in the ready-to-eat food segment.“We are also planning several programmes that will further enhance the customers’ experience at our Kedai Mesra, ” Khalil said.

He pointed out that PetDag must future proof its business especially given the rapid changes in the energy industry.

Since its record performance in the financial year ended Dec 31,2017 (FY17), PetDag’s net profit has been declining due to weakness in crude oil prices.

For FY20, PetDag’s net profit fell 66% to RM275.96mil from RM829.54mil in FY19 due to the Covid-19 pandemic fallout and lockdown measures that hit its fuel sales in both the retail and commercial segments.

For this year, despite the uncertainty led by the increasing number of Covid-19 infections, Khalil said he expected a recovery in the group’s top line and bottom line as demand for fuel is picking up as many activities are back to “normal”.

This would also be supported by improved global crude oil prices, he said.

Khalil noted that the high crude oil prices have not impacted the sales of its fuel as demand is driven by the increasing economic activities.

“This year will be a recovery year for PetDag although we expect the volume to be lower than in 2019 as the aviation sector continues to be affected by the Covid-19 pandemic due to border closures, ” he said.

Khalil said that the RON97 is the “best fuel” offered by the group backed by its seven times of experience as the Formula One World Champion.

In light of the Petronas group target to achieve net-zero carbon emissions by 2050, Khalil said PetDag has made several initiatives including installing solar panels at eight of its petrol stations and over 60 stations are equipped with electric vehicle charging stations.