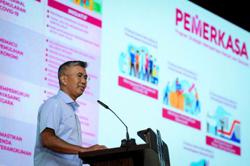 Koe: The market will reward development concepts that are innovative and creative in terms of design and lifestyle that are specially tailored for end users.

THE Malaysian residential property market saw a slight improvement in its overhang situation last year, mainly due to a slowdown in transactions as a result of the global pandemic.

Going into 2021, while there is still a fair bit of uncertainty out there, property consultants are cautiously optimistic that the level of residential overhang can be eased further.

“As the number of new launches were scaled down, this reduced the pressure on the overhang situation, ” he tells StarBizWeek.

“However, exactly how much it will ease the overhang is difficult to say, as it’s still early days.”

In the middle of last year, as the number of Covid-19 cases dropped to single digits, many property consultants and experts forecast a recovery in the property market by as early as the second half of this year.

However, a third wave towards the end of 2020 effectively ripped all of those forecasts to shreds.

Siva warns that if the country faces a fourth wave of infections, having another lockdown could be detrimental to the local property sector and the economy.

“Going forward, the market will be focusing on affordable housing, which would comprise units below RM500,000. Most developers will focus on launching properties within the RM500,000 to RM700,000 range.

With borders closed, Siders adds that it would also be tough to attract foreign buyers, which would help in the take-up of some of these units, especially those above RM500,000.

According to the National Property Information Centre (Napic), there were 29,565 overhang units worth RM18.92bil last year, which was a decline of 3.6% in volume compared with 2019, although value increased by 0.5%.

Kenanga Research says the persistent overhang issues will have an adverse impact on local developers.

“Already faced with stagnating house prices, developers will have to compete with the huge overhang of products available in the market.

“The overhang problems have been gradually worsening and were recently exacerbated by the Covid-19 pandemic. Note that overhang units mainly comprise high rise/serviced residences priced between RM300,000 and RM1mil.”

Fiabci Malaysia, in its article “Cautiously Optimistic View of Property Overhang 2020 and Beyond” says the overhang situation in Malaysia peaked from 2010 to 2015.

The peak was due to speculators who would purchase the units and then try to flip them as soon as possible at a higher price. However, the property market started to go soft, resulting in many of these “speculators” unable to refinance their loans, thus defaulting on their mortgages.

According to Napic, Selangor contributed the highest volume and value to the national market share with 23% (44,032 transactions) and 33% (RM37.79bil) respectively.

“The first and second quarters of 2020 were under the movement control order, in which the entire economy stood still.

“If we were to omit these two quarters and instead compare the second half of 2020 with the same periods in 2017 to 2019 transactions, 2020’s second half performed better.”

Fiabci Malaysia attributes the better-than-expected performance to the Home Ownership Campaign (HOC). “The industry applauded Housing and Local Government Minister Zuraida Kamaruddin who approved the HOC campaign and she mentioned that it was imperative that it should be continued until the end of 2021 in order to aid the economy in its recovery and assist home ownership.”

The HOC kicked off in January 2019 to address the overhang problem in the country. The campaign, which was initially intended for six months, was extended for a full year.

Last month, at the Real Estate and Housing Developers’ Association’s (Rehda) briefing on the property market for 2021, its president Datuk Soam Heng Choon revealed that since the HOC was reintroduced last June, a total of 34,354 residential units valued at RM25.65bil had been sold as at Feb 28,2021.

In light of the current environment, Fiabci Malaysia president Datuk Koe Peng Kang says developers are aware that it is no longer a speculative market anymore.

“The market will reward development concepts that are innovative and creative in terms of design and lifestyle that are specially tailored for end users.”

He adds that the stamp duty waiver should also be extended to the secondary market to improve affordability and spur sales.

“We also propose that the government considers relaxing the rules for foreign ownerships and resume the Malaysia My Second Home or MM2H programme once the vaccination rollout is completed to encourage foreign investment.”

Siva meanwhile believes that the property market in 2021 will perform better than it did last year, but adds that a brighter outlook can be expected in 2022.

“In terms of market performance this year, it will all depend on how well we contain the spread of the virus, ” he says.

Siders believes that the secondary property market will play a bigger role this year and next.

“I think the primary market won’t lead the market in terms of pricing.

“If financial institutions looked at the secondary market as importantly as the primary market, it will go a long way towards helping the property sector.”

Additionally, Siders is hopeful that large infrastructure projects will carry on. “These mega-projects will serve as an impetus for the economy to improve.”

Overall, Siders believes that the local property market won’t see a “drastic improvement” in the second half of 2021.

“The vaccine programme is being rolled out but it is going slower than expected. I believe the property market will see flat marginal growth in 2021, ” he says. 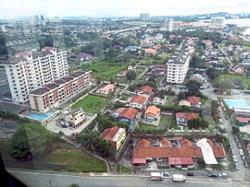