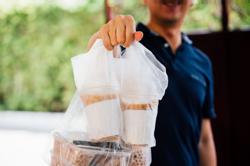 Take Uni Wall APS Holdings Bhd for an example. The stock has surged by over 558% since its listing on the Leap Market on Jan 15,2019.

SINCE its launch in July 2017, a total of 38 companies have been listed on Bursa Malaysia’s Leading Entrepreneur Accelerator Platform (Leap Market), raising almost RM200mil cumulatively.

Despite complaints of lack of liquidity and a narrow base of approved investors in the Leap Market, the platform has seen encouraging interest from small and medium enterprises, outperforming the listings on the Main and Ace Markets.

Some of these companies have performed well in terms of earnings as well as their market capitalisation. In fact, in certain cases, they have performed better than some Main or Ace market listed companies.

Currently, it is the largest listed company on the Leap platform, with a market capitalisation of RM578mil, based on Bloomberg data.

Uni Wall, which has 20 years of construction experience, is primarily involved in the construction and building facade services through its wholly-owned subsidiary, Uni Wall Architectural Products & Services Sdn Bhd.

Essentially, Uni Wall undertakes fabrication of aluminium glazing building facade and it is also involved in the property development business.

Via its listing back in 2019, Uni Wall raised RM7.31mil in proceeds, of which about RM3.5mil was expected to be utilised to set up a new fabrication factory to increase its production capacity.

The group remained profitable last year despite the effects of Covid-19, although its net profit for the financial year ended Dec 31,2020 (FY20) declined by 21.5% year-on-year to RM6.49mil due to reduced revenue.

Based on a search by StarBizWeek, there are 11 companies on the Leap Market that have market capitalisation of RM100mil and above.

is the next largest company on the platform, with a market capitalisation of almost RM400mil.

Founded in 2002, CE Technology is a cleanroom gloves manufacturer and currently has three production plants, according to its website.

Other companies above the RM200mil value are Metro Healthcare Bhd (RM236mil) and MyKris International Bhd (RM223mil).

Metro Healthcare is the operator of the Metro IVF fertility centres. Founded in 1999, it currently has a network of five clinics nationwide, with the headquarters located in downtown Klang.

Most companies on the Leap Market have market capitalisation sizes of below RM100mil.

Nevertheless, some of them have shown strong financial performance over the quarters.

The group’s net profit surged by more than two-fold to RM5.22mil from RM2.29mil a year earlier.

“This was primarily due to an increase in the sales volume during the second half of FY20, in line with growing demands from overseas markets (particularly China) for quality and higher-graded edible bird’s nest, ” the group said in a filing with the stock exchange earlier.

Another company worth taking note is Baba Eco Group Bhd

. The company recorded a net profit of RM8.17mil in the financial year ended Oct 31,2020, representing a three-fold increase from RM2.64mil a year earlier.

The sharp improvement in performance was primarily attributable to higher sales from both of the group’s manufacturing and merchandising segments, particularly in terms of sales to local customers.

In addition, Baba Eco’s cost-control initiatives, better operational efficiency and economies of scale helped to further strengthen its financial performance, according to the group in a filing.

Baba Eco is principally involved in the manufacturing and trading of planting media, and natural pesticides, catering to both local as well overseas markets.

Not all companies on the Leap Market have delivered good earnings, unlike Enest and Baba Eco.

Red Ideas Holdings Bhd, for example, has been loss-making since the year it was listed.

The group was dragged to losses due to its high administrative costs, which were well above its gross profits.

It is noteworthy that Red Ideas, which offers mobile application-based solutions related to security, communication and convenience, is one of the earliest companies to be listed on the Leap Market.

Red Ideas has a market capitalisation of RM20mil, based on Bloomberg data. Yellen warns Congress of 'unthinkable' U.S. default risk without debt limit hike
Ackman sees path to possible US listing for Universal, working on next deal
EXPLAINER-What is the Treasury yield curve and what is it telling us?
Oil price climbs to highest in over two years as US supplies tighten
GLOBAL MARKETS-US stocks end mixed with Nasdaq at record close, dollar gains
Warren Buffett resigns from Gates Foundation, has donated half his fortune
Number of Singapore millionaires up
Yinson leads in energy transition path
New content and services to drive Astro’s growth
Petronas studying options for African fuel retailer Engen