“Clearly the EU is putting forward the first taxonomy globally, this is the first comprehensive list of green economic activities, ” the commission’s executive vice-president Valdis Dombrovskis said in an interview. “There’s a chance of this taxonomy being used internationally.” (Pic shows Valdis Dombrovskis, trade commissioner for the European Union (EU), speaks during a news conference in Brussels, Belgium, on Wednesday, )

BRUSSELS: The European Union’s (EU) new standards for classifying sustainable investment will change the way economies operate, divert cash flows and reverberate across the globe, according to the officials in charge of the new rulebook.

“The direction of travel is in one way only.”

Ahead of the virtual climate summit hosted by US President Joe Biden, the European commission announced a first set of criteria for green investments, which will allow producers of rechargeable batteries, energy efficiency equipment, low-emission cars, wind and solar power plants to earn a formal green label.

The commission also called for a significant expansion of climate reporting requirements to cover some 50,000 companies in the continent.

The EU hopes that its classification system for green investment, or taxonomy, will influence the global debate on how to divert financing to projects that put the world on track to limit the rise of temperature in line with the Paris Agreement.

With demand for green investment opportunities at record highs, the bloc sees its labelling system as an incentive to shift economic activity towards sustainability.

“Clearly the EU is putting forward the first taxonomy globally, this is the first comprehensive list of green economic activities, ” the commission’s executive vice-president Valdis Dombrovskis said in an interview.

“There’s a chance of this taxonomy being used internationally.”

He downplayed the risk of the EU system being weakened by a potential inclusion of some natural gas projects at a later stage.

The thorny issue of the fossil fuel divided EU governments, with member states including Poland and Germany fighting for the option of gas being qualified as sustainable.

The commission will make a decision on how to treat gas projects after analysing the most cost-effective options to decarbonise the economy. If some gas activities get a green label, they will be subject to very strict criteria, according to Dombrovskis.

“We do not want to arrive at a situation where being very green is actually making it more complicated for a number of countries to move away from coal, ” he said.

“We will need to find the right balance in how to use natural gas as a transition activity.”

Representatives of EU governments and the European Parliament also agreed in principle on the so-called European Climate Law, which foresees a 55% reduction in net greenhouse gas emissions by 2030, compared with 1990 levels, and zero net emissions by 2050.

The EU pact, struck against the backdrop of surging support for the Green party in Germany, sets the stage for tougher rules that will affect industries ranging from transport to energy production.

A legislative package will follow in June, which is meant to reinforce carbon pricing mechanisms, foster energy savings, increase the production of renewable energy, boost sustainable transport and curb imports of products that drive deforestation

“It is a very seismic day for the European Union, it keeps us in a very strong leadership role, ” McGuinness said. — Bloomberg 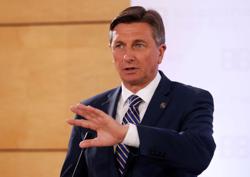 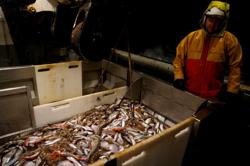