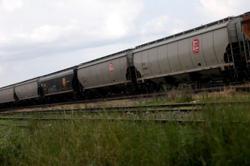 Bidding war: A Canadian National Railway locomotive pulling a train in Montreal. Its US$30bil bid to snatch KC Southern is being criticised by its rival Canadian Pacific. — Bloomberg

TORONTO: Canadian Pacific Railway Ltd’s top executive says a rival’s takeover bid for Kansas City Southern is “fool’s gold” because it has little prospect of winning approval from US regulators.

“It’s fantasy money. It’s fool’s gold, ” Creel said of the CN offer, which is for US$325 per Kansas City Southern share. From a regulatory perspective, that deal is “not achievable, so you never get to the value. It’s worth zero, ” Creel said.

Canada’s two biggest railroads are battling for a rail network that links their country with the United States and Mexico, taking advantage of a reworked North American trade alliance.

Kansas City Southern’s network connects farms in the US Midwest to ports along the Gulf of Mexico and reaches deep into Mexico.

Calgary-based Canadian Pacific, whose southbound tracks stop at Kansas City, has little overlap with KCS, giving its bid a potentially smoother path through the Surface Transportation Board than the offer from larger Canadian National, whose network extends to the Gulf of Mexico.

For intermodal rail shipping, “the truth is there’s only four north-south options today, ” Creel said.“This deal suggests there would only be three.” He predicted there will be pushback from shippers to any Canadian National deal.

But the market is anticipating a higher price for the US railroad than the US$275 a share being offered by Canadian Pacific. Kansas City Southern closed at US$297.65 in New York on Wednesday. It’s up 16% since Canadian National unveiled its bid Tuesday.

The cash component of the Canadian National offer is also higher – US$200 per share versus US$90 in the Canadian Pacific bid.Asked by analysts whether Canadian Pacific would raise its offer, Creel said there was no urgency to do anything unless the Kansas City Southern board acts.“There’s no need to discuss raising leverage. There’s no need to discuss paying more money. It stands alone on its own merits, ” he said.Canadian Pacific will probably sweeten its bid to avoid being cut off from the US Gulf Coast and to prevent its biggest competitor from becoming even larger and stronger, railroad consultant Tony Hatch told Bloomberg on Tuesday.

The bidding war has reignited one of Canada’s hottest corporate rivalries, which Creel has been in the middle of for years. He used to be the chief operating officer at Canadian National, then jumped to Canadian Pacific in 2013.

The companies have fought publicly and sued each other; Canadian Pacific even paid C$25 million (US$19.8mil) to settle a lawsuit that accused it of using former Canadian National employees and client lists to take CN’s customers.

Canadian Pacific reported adjusted diluted earnings of C$4.48 per share in the first quarter, up 1% from the previous year and slightly higher than analysts’ forecasts. It recorded C$33mil in expenses related to the acquisition. — Bloomberg 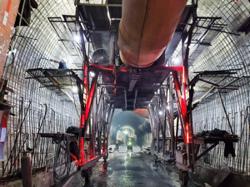