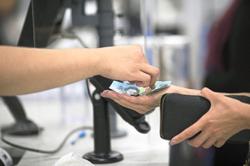 Exceeding forecasts: Shopping carts are seen at an entrance to a supermarket in Melbourne. Australia’s retail sales rose 1.4% in March from February, outpacing forecasts for a 1% gain. — Bloomberg

SYDNEY: Australian retail sales surpassed expectations in March in a positive sign for the economy as soaring house prices and a surge in employment boosted consumer confidence and spending.

Sales rose 1.4% in March from February, outpacing forecasts for a 1% gain, preliminary data from the Australian Bureau of Statistics (ABS) showed.

Household consumption in recent months has been driven by skyrocketing house prices, government welfare payments, record-low borrowing costs and a surge in employment, all of which have boosted consumer confidence.

Yesterday’s data supports the view that Australia’s A$2 trillion economy is on a solid footing though the Reserve Bank of Australia (RBA) will wait for inflationary pressures to emerge before considering interest rate hikes.

Despite the strong turnover for March, sales values were down 0.1% in the first quarter from the prior three-month period, which will likely mean a 0.8% fall in real terms, said Shane Oliver, chief economist at AMP Capital.

“This may also partly reflect a rotation in spending back to consumer services so may not be as negative for quarterly consumer spending as it suggests, ” Oliver noted.

Yesterday’s data showed Victoria and Western Australia led the gains, after sales were hit in February due to brief coronavirus lockdowns in both states.

“The return of spending on cafes and restaurants to pre-pandemic levels may be reflective of a wider trend of consumers pivoting back towards services, which may see retail sales growth slow or even fall given the retail trade survey is heavily weighted towards goods consumption, ” ANZ researchers said in a note.

The ABS will release the final estimate for February sales on May 10. — Reuters 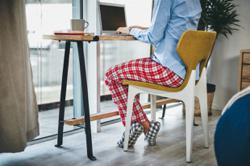