The return of capital raising activity 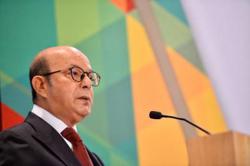 PETALING JAYA: Malaysia’s capital market activity is on track to improve in 2021, with fundraising across some sectors showing a return to pre-pandemic levels, says Maybank Investment Bank.

In the debt market, activity was expected to match those prior to the the pandemic, although corporate fundraising was focused on refinancing and infrastructure, rather than new capacity-building.

Malaysia’s bond and sukuk markets have been widely tapped for infrastructure projects in recent years and the the trend would likely continue into 2021.

With the global movement towards clean energy and net zero emissions, there is increased demand and interest in green infrastructure, according to Fad’l.

Maybank is the market leader in capital market large-scale solar photovoltaic projects, having arranged 54% of all solar sukuk issuances from 2017 to 2019.

“We have also provided about RM2.7bil of financing to green energy projects.

“The recent awards for the fourth large-scale solar programme or LSS4 paved the way for more green financing and investment opportunities.

“Also active in the debt market are fundraisings by the financial industry sector, including capital-raising by banking groups amid the challenging credit environment.

“We expect a fair share of maturities this year to be refinanced as corporates are taking advantage of the relatively low interest rate environment to continue extending their liabilities, although the appeal has somewhat diminished over the past three months compared with 2020 where yields were at an all-time low, ” he noted.

On mergers and acquisitions (M&As), Fad’l said heightened activity could be expected due to returning confidence to the market.

“We see greater activity in companies whose valuations have been impacted by challenges in 2020 but whose underlying business remains sound, especially in the retail sector.“These are opportunities for shareholders to consolidate and reorganise its businesses.

“M&A is also likely to be driven by ongoing trends of private equity investors looking to monetise their investments and multinational corporations reviewing their scale of operations.

“The ongoing pandemic of the past 12 months has demonstrated the resilience of Malaysia’s capital markets, which will continue to remain broad and deep to support capital raising activity, ” he pointed out.

The successful completion of the RM1.5bil IPO by MR DIY Group (M) Bhd

, which continued to see strong aftermarket performance with active participation from foreign institutional investors, and the strong bonds and sukuk volume of RM104bil seen in 2020 provided evidence of ample liquidity in the market.

Fad’l said the low interest rate environment continued to support domestic liquidity, as did privatisation deals which put cash back in the hands of the minority investors.

While bond yields have trended up sharply in the past three months, they were still lower than the average yield in the last 10 years

“Funds are still available and growing as demand for sustainable returns remains strong.

“Our observation corroborates with the just-released Securities Commission annual report, which highlighted that total funds invested in Malaysia by licensed fund management companies grew from RM620.1bil as at end 2019 to RM649.5bil at end 2020, despite the impact of the pandemic.

“Barring any unforeseen events such as another wave of infections, vaccine hiccups or political uncertainty, we expect capital market activity to return to healthy levels as all sectors of the economy forge ahead to rebuild and recover, ” Fad’l said. 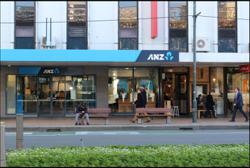 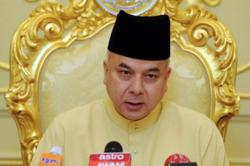