Deposit, denominated in foreign currencies, reached US$92.7bil (RM380bil) as of the end of March, up US$2.67bil from a month earlier, according to the Bank of Korea (BoK).

The deposit, owned by domestic residents, continued to grow for two straight months as local exporters put export proceeds in banks amid expectations for the dollar’s ascent to the local currency.

The residents refer to locals and local companies as well as foreigners and foreign firms, which have stayed or run businesses here at least six months.

The foreign currency deposit, held by companies, advanced US$2.83bil from a month earlier to US$73.33bil at the end of March, but the individuals-possessed deposit slipped US$0.16bil to US$19.37bil.

Deposits denominated in the Japanese yen and the European single currency stood at US$5.52bil and US$4.35bil respectively, and the Chinese yuan deposit came to US$1.78bil. — Xinhua 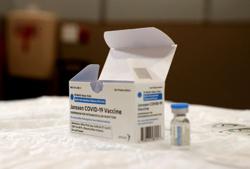