’s (MAHB) network of airports registered a decline of 76.8% with 5.9 million passenger movements for first quarter (Q1) of 2021 due to re-imposition of the Movement Control Order effective Jan 13, 2021 in Malaysia.

"Domestic and international sectors declined by 68% and 87.3% respectively in Q1 2021 over the same corresponding period last year with 1.5 million and 4.4 million passenger movements respectively.

"On a twelve-month basis, the MAHB network of airports registered 23.4 million passenger movements, a reduction of 82.5% over the previous corresponding period," it said in its ‘Passenger Traffic Snapshot, March 2021’ for Bursa Malaysia today.

"March 2021 passenger movements for the MAHB network of airports contracted by 53.4% to 2.2 million passengers. Domestic and international sectors declined by 45.3% and 67.8% respectively.

Additionally, the company said SGIA passenger movements recorded positive growth for the first time since the COVID-19 pandemic outbreak, with a 7.4% increase in March 2021 over March 2020.

"Domestic sector recorded double-digit growth of 11.4%, while international sector registered a marginal decline of 1.9%,” it said.

"Traffic recovery would continue to rely on the efficacy of the vaccine rollout and the extent of travel restrictions of which COVID-19 spread would be brought under control locally as well internationally. 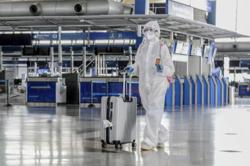