The large and rapidly growing economies of Asia are increasingly technology innovators, dynamic markets and consumers – not just passive imitators, manufacturers, processors and exporters to North America and Europe.

THE struggles of policymakers in North America and Europe to comprehend the transformation of the world economy and its shift to Asia in recent decades have led to a distorted picture of global change.

Most of the analysis published in Europe and North America treats Asia as a relatively small, albeit fast-growing, component of a global system dominated by the countries around the North Atlantic.

But if that characterisation were true in 1990, it is no longer an accurate description of the distribution of world economic activity in 2021, and will be wholly out of date by the middle of the next decade.

The large and rapidly growing economies of Asia are increasingly technology innovators, dynamic markets and consumers – not just passive imitators, manufacturers, processors and exporters to North America and Europe.

In 1990, East, South and South-East Asia accounted for 25% of global economic output, compared with 55% for North America, Europe and the Soviet Union.

But by 2019, Asia’s share had increased to 41% and was rapidly approaching parity with the 43% share for North America, Western and Eastern Europe (“World development indicators”, World Bank, 2021).

The distribution of economic activity is reverting to a pattern last seen in the 1700s, before the industrial revolution and what historian Kenneth Pomeranz described as the “great divergence” between Europe and Asia.

As recently as 1820, China, India and the rest of Asia accounted for more than half of global economic output (“Chinese economic performance in the long run”, OECD, 2007).

But the subsequent growth surge in Europe and North America left Asia and the rest of the world progressively further behind between the 1830s and the 1950s (“The Great Divergence”, Pomeranz, 2000).

The immediate aftermath of World War Two probably marked the highpoint of the Atlantic-centred global economic and political system (https://tmsnrt.rs/2OKZsBF).

Four of the five permanent members of the United Nations Security Council were drawn from countries around the North Atlantic, reflecting the balance of economic, political and military power in 1945.

But Asia has been catching up since the 1950s, led first by the “Asian tigers”, then the acceleration of China’s growth following reform and opening up in 1978, and more recently with India and South-East Asia.

As a result, the euro-Atlantic dominated economy of the nineteenth and twentieth centuries is on course to be succeeded by an Asia-centred economy in the twenty-first century.

The shift will have profound consequences for the direction of trade, the location of commodity pricing, and the trajectory of carbon dioxide emissions, as well as diplomacy, governance and the balance of power.

The principal flow of energy and raw materials is already towards the consuming centres of Asia, reversing the mid-twentieth century flow from the Middle East, Africa and Latin America towards the North Atlantic.

In consequence, energy and raw materials prices will increasingly be determined predominantly by the business cycle in Asia, something which is also already increasingly apparent.

For the same reason, the future trajectory of global CO2 emissions will be primarily determined by what happens in Asia, especially the speed with which coal, oil and gas are replaced by gas and zero-emission energy sources.

Inevitably, as the balance of economic activity shifts towards Asia, so too eventually will political, diplomatic and military power, reversing the westward shift in the correlates of power in previous centuries.

After two centuries of Atlantic-centrism, the consequences of shifting relative power are likely to prove unfamiliar and uncomfortable for policymakers, businesses, workers, consumers and the public in North America and Europe.

Many policymakers and commentators in Washington, London and Brussels are still struggling to comprehend the implications or develop strategies to smooth the adjustment.

Many seem to still assume the major economic and political decisions will be taken in North America and Europe, then passively transposed to Asia, in an extension of the Cold War and post-Cold War system.

Policymakers need a much better awareness of the long-term economic forces reshaping the global system, so they can attempt to adapt and shape them – or resist and risk rupture and breakdown. — Reuters

John Kemp is a Reuters market analyst. Views expressed here are his own. 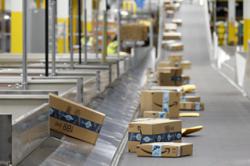