Weakness in the Indonesian currency is also making the debt sales harder going for the government, with the rupiah dropping about 3.8% this year.

JAKARTA: Indonesia offered higher yields to sell the most bonds in two months as the government continues to raise funds for stimulus to counter the impact of the pandemic.

The finance ministry on Tuesday sold 21.68 trillion rupiah (US$1.48bil or RM6.11bil) of non-Islamic debt, excluding T-bills, up from just 3.75 trillion rupiah at the last conventional bond sales two weeks ago. The larger amount sold saw the bid-to-cover ratio plunge to 1.86, the lowest in a year.

“Domestic yields are still more than 100 basis points lower than a year ago but clearly markets feel there is a need to re-price, ” said Philip McNicholas, Asean FX and rates strategist at Bloomberg Intelligence.

“It is also possible this is taken as a sign of desperation to fund by the market.”

Weakness in the Indonesian currency is also making the debt sales harder going for the government, with the rupiah dropping about 3.8% this year.

However, a recent slide in Treasury yields – which had soared by more than 80 basis points in the first quarter – may be emboldening emerging-markets to test investor appetite.

Just two weeks ago, the finance ministry said it wasn’t in a rush to meet its debt sale target due to a large cash balance. In recent weeks, Russia had cancelled an auction, while South Africa saw lower demand than usual.

The rupiah is the second-worst performing currency in emerging Asia after surging US yields led to an outflow of funds from emerging-market assets. The currency slipped to 14,635 per US dollar on Tuesday, the weakest level since November.

Indonesia’s bonds dropped after bidding closed at 11am local time, with the benchmark 10-year yield up six basis points at 6.60% on Tuesday. The ministry plans to raise as much as 5.77 trillion rupiah in a greenshoe option. — Bloomberg 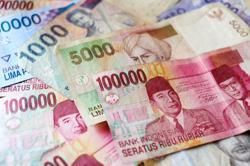 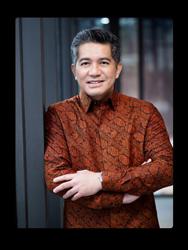