Stock bulls bet it all on earnings guesses 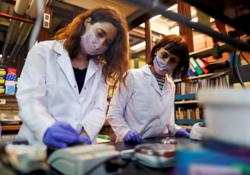 High liquidity: Traders work on the trading floor of the New York Stock Exchange. Investors are pouring a record amount of fresh money into equities this year amid hopes that vaccines and policy support will bring the economy to normalcy. — AP

NEW YORK: You’re never sure what earnings seasons will bring. Hence their volatility. But one thing is certain about the first-quarter results about to be disclosed. They couldn’t matter less to the market’s current valuations.

And while it’s a Wall Street cliche that “the guidance is what matters, ” that view is being taken to absurd extents right now, when the S&P 500 is pricing in profits that virtually cannot materialise in two years.

That’s a level of faith in the future that history gives little basis for justifying.

Here’s the math. Based on existing analyst forecasts for earnings in all of 2021, the S&P 500 trades at almost 24 times estimates, among its highest valuations ever.

To bring the multiple down to its long-term average of 16 times annual profits, companies in the gauge will have to make about 15% more than the equity researchers currently expect them to earn – in 2023.

Is that possible? Yes. Using a compounded projected growth rate starting in 2019, it’s within the roughly 6% expansion in income S&P 500 companies have historically generated over time.

But is there strong reason to suspect anyone has a convincing view on what will happen over any specific two-year period? That’s more murky. Given how much is riding on that view, investors would be wise to consider what the market is currently demanding.

“What we’re talking about in mathematical terms is really a psychological phenomenon, ” said Lawrence Creatura, a fund manager at PRSPCTV Capital LLC.

“It’s mathematically observable that there’s more downside in the market than there was in March of 2020, although ironically it feels exactly the opposite.”

Indeed, investors are pouring a record amount of fresh money into equities this year amid hopes that vaccines and policy support will bring the economy to normalcy.

Their willingness to pay up for earnings has driven the S&P 500’s P/E ratio almost 20% above its peak during the last bull market. Not that valuations are a good timing tool, but with so much optimism priced in, the risk of these estimates not coming true is more dramatic.

Hypothetically speaking, should earnings fail to catch up and the market’s multiple return “back to normal” – the long-term average of 16, the S&P 500 is at danger of losing a third of its value.

“Earnings are completely critical and that’s really what you’re going to need to focus on right now, ” said Jeff Mills, chief investment officer for Bryn Mawr Trust. “Unless you continue to see fundamentals deliver, you could see a dramatic repricing.”

Complicating matters is the Covid-19 pandemic and massive fiscal stimulus upending models on Wall Street. Never mind 2023: even getting a handle on this year’s results is proving difficult.

Going by analysts who study individual companies, S&P 500 profits will increase 26% to US$174 (RM719) a share this year. Ask top-down strategists who give forecasts by tracking macro indicators such as manufacturing, and a wide range exists: US$152 to US$202 a share.

Even getting to the high end of the strategist range would leave stocks trading at more than 20 times profits.

The huge gap is partly a result from an environment where, one year into the pandemic, no one can predict with confidence the lasting power of stay-at-home demand, or the boost to consumer spending from stimulus checks.

Leading the pack are automakers, retailers and banks whose earnings probably doubled from a year ago.

Analysts’ record of estimating profits has, unsurprisingly, suffered during the pandemic – although the fact that they proved too conservative is grist for stock bulls. They under-estimated corporate America’s earnings power by an unprecedented 20% on average in final three quarters of last year. During the five years before 2020, they only missed by 3%. — Bloomberg 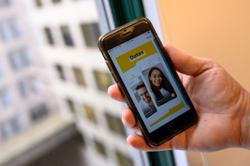