UOB said Bank Negara’s foreign reserves edged down by US$0.4bil (RM1.65bil) month-on-month (m-o-m) to US$108.6bil as of end-March (February 2021: US$0.3bil m-o-m to US$109bil). “However, foreign reserves were still higher by US$1.0bil year-to-date compared to US$107.6bil at the end of 2020, supported by sustained foreign portfolio inflows into bond markets and strong current account surplus, ” it said.

“The bond inflows were resilient compared to sharper selloffs of emerging market debt in March amid steepening yield curves.

“As policy rates are projected to remain flat for 2021 and major central banks are expected to continue bond purchases to smooth out the yield path, we think foreign flows into Malaysia’s bonds will remain supported, ” it said in its Flash Note.

FTSE Russell’s decision to remove Malaysia from its watch list and retain the country in its World Government Bond Index (WGBI) has eliminated a key event risk, and the next to watch is Malaysia’s sovereign rating review by Standard & Poors in June, the research house said.

As for equities, it noted that foreign investors continued to pare down their holdings of Malaysian equities in March – albeit at a lesser amount of RM0.1bil, compared to RM0.8bil and RM0.9bil in January and February, respectively.

In the first quarter of 2021, foreigners offloaded RM1.8bil of local equities compared with RM2.3bil in the fourth quarter of 2020, it said.

“This marks 21 months of continued selling; a cumulative reduction of RM33bil since July 2019. Foreign ownership of Malaysian equities scaled down to a new low of 20.3% of total market capitalisation in March, ” it said.

“However, foreign reserves were still higher by US$1.0bil year-to-date compared to US$107.6bil at the end of 2020, supported by sustained foreign portfolio inflows into bond markets and strong current account surplus, ” it said. 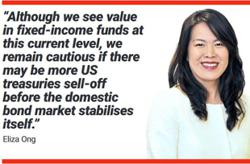 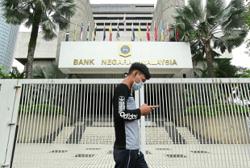