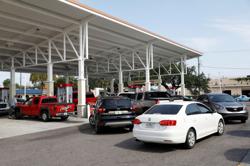 Such improvement might come about through tax incentives, to encourage individuals to invest in commercial endowment insurance products, said Zhou Yanli, a former vice-chairman of the China Insurance Regulatory Commission (CIRC) and a member of the 13th National Committee of the Chinese People’s Political Consultative Conference.

In a recent interview with China Daily, Zhou said the nation’s commercial endowment insurance pilot programme, which is supported by preferential taxation and fiscal subsidies, should be expanded. “That will be feasible.”

The pilot programme was first rolled out in Shanghai and the Suzhou Industrial Park in Jiangsu province, and in Fujian province, in May 2018.

Through the pilot, a part of the pre-tax premium income could be deducted, a measure to encourage people to buy such insurance products.

“But this trial is very limited now, ” said Zhou, adding new policies should increase the pre-tax deduction of the premium and enlarge the group of individual investors of commercial endowment insurance.

The former financial regulator’s expectation is in line with the government’s work plan this year as China is developing a stronger public health system, and the statutory retirement age will be raised in a phased manner.

“The multi-tiered social security system will be improved, with coverage of basic old-age insurance reaching 95% of the population, ” said this year’s Government Work Report.

In terms of deepening reforms in the fiscal, taxation and financial systems, the report highlighted “strengthening the role of insurance in protecting against risks and providing services”.

The government has pledged to increase basic pension for retirees and subsidies and living allowances for groups entitled to such benefits, and work toward unified national management of old-age insurance funds.

As the special functions of insurance – risk management, economic compensation, financing and social management – cannot be replaced by other services, it is necessary to expand the coverage of the nation’s insurance system, Zhou said.

With the expected new policies likely to be designed to support the personal insurance sector, China will command a huge market in commercial endowment insurance with enormous potential, he said.

In December, an executive meeting of the State Council, China’s Cabinet, called for stepping up the development of commercial insurance.

Commercial medical insurance products that suit the needs and paying capacity of the elderly shall be developed. Insurance companies will be encouraged to incorporate certain medical expenses that are within a reasonable range, yet outside of basic medical insurance catalog, into insurance coverage.

As for life insurance, the development of economy and society, and rising personal incomes, require improvement in the level of assurance, including medical treatment and income compensation, to limit the impact of diseases and accidents on people’s personal finances and general well-being, Zhou said.