KUALA LUMPUR: Malaysia should not be pressured into setting higher targets under its renewable energy (RE) policy.

After all, one of the priorities for any policy is to ensure that it would not be a financial burden for the people.

This being the case, the government’s call for industry players not to urge for too high a target for RE is totally justified.

However, some quarters are urging for higher RE targets, simply because the cost of generating electricity from solar power is much lower compared to fossil fuels.

There are also calls to increase the quota for industry players to engage in solar energy.

But the cost of electricity supply to consumers is not solely determined by the cost of generation, as it also requires balancing the three elements contained in the energy trilemma -- affordability and access, energy security and environmental sustainability.

Solar power currently does not meet these three prerequisites as solar farms only produce power only when the sun is shining, which means there is variability or uncertainty in the supply of solar energy.

This can be disastrous for the commercial and industrial sectors if they depend on solar energy, as these sectors consume about 80 per cent of the country’s electricity supply.

We must pursue a cautious approach in embracing solar power as RE. In contrast, electricity grids are more dependable as they are designed to address variability in customers’ electricity demand.

Hence, there is a need to have a continuous balance between generation and demand, and maintaining reserves.

Any substantial increase in the use of electricity generated from solar energy warrants a consolidation of power grids.

This will contribute to increased electricity supply costs which will be fully borne by consumers, including those who do not have solar energy systems.

The intermittent nature of solar power means we will only have solar energy for 4-5 hours a day -- weather permitting.

Owing to this inconsistency, power generation from alternative sources is necessary for the energy grid to accommodate the shortfall.

However, if the volume of solar energy entering the grid increases, it would jeopardise the security of the electricity supply, thus affecting consumers.

As such, measures are needed to enhance grid flexibility through digitalisation and the development of energy storage systems.

All these costs to support solar power in the grid must be considered so as not to burden consumers.

This is especially so for consumers who do not use solar energy as well as those who incur costs when installing solar panels on the roof of their houses.

In order to balance the energy trilemma, it is imperative that Malaysia develops RE on its own terms, based on its technical capabilities and not copy targets of advanced economies.

Of equal importance is the people’s affordability in getting access to a sustainable power supply.

Nevertheless, it is encouraging to note the government’s emphasis that the target set would be dynamic. That means reviewing it from time to time, taking into account the latest technological advances, readiness of the country’s electrical supply and the cost of RE integration into the grid.

Cost alone is not enough of a criteria to set RE targets, and the government is being practical and pragmatic in considering the energy trilemma to decide what is best for the people in embracing clean energy. - Bernama 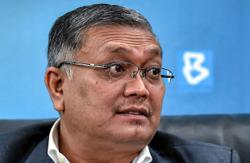