The company was valued at close to US$1.5bil, according to a person familiar with the deal, adding to a rapidly growing list of unicorn startups in the country.

The firm is already raising its next round at a valuation of about US$1.8bil, the person said, wishing to remain anonymous as the fresh round is still underway.

The Mumbai-headquartered company said it will use the funds to expand its pharmacy network and add more teleconsultations to link up customers with the 60,000 brick-and-mortar pharmacies and 4,000 doctors it already has on its books.

Existing investors including Temasek Holdings Pte and CDPQ participated in the Series E round.

India’s drug distribution system is disorganised, lacking established retail chains and forcing neighbourhood pharmacies to depend on thousands of middlemen as a go-between with drugmakers.

Large players like Reliance Industries, which recently acquired online pharmacy startup Netmeds, and Tata Group, which is poised to buy competitor 1MG, are making moves to enter and organise the market.

“Availability of medicines, genuineness and affordability are all wanting in the existing physical infrastructure,” said Siddharth Shah, the startup’s co-founder and chief executive officer, in a video conference call to discuss the funding.

“Rather than create everything new, we are overlaying a digital solution on top of the existing brick and mortar stores so it’s a lot more efficient.”

He declined to disclose the valuation.

Shah, now 32, graduated from the prestigious Indian Institute of Management in Ahmedabad before dropping out halfway through an internship at Goldman Sachs Group Inc. The Goldman experience helped him realise he wasn’t cut out for a regular job, said Shah, who turned to entrepreneurship nine years ago.

India’s archaic pharma supply chain with over 1,000 manufacturers, 55,000 distributors and sub-distributors and more than 800,000 pharmacy outlets, is ripe for disruption.

API, operating under the consumer brand PharmEasy, helps digitise and organise drug supply chains to provide timely access to medicines. It also helps with procurement, delivery and logistics, and provides credit to retailers.

It currently supplies 200,000 products from over 3,000 drugmakers. With the latest round of funding, the startup is targeting over 100,000 pharmacies in 100 cities in the next 12 months and over 20 million patients annually.

“It’s a huge space and startups have a chance to disrupt current inefficiencies,” said Ashutosh Sharma, head of India investments at Prosus Ventures, on the same call.

“Only local founders can build for the next 500 million customers, it can’t be a Western approach.” — Bloomberg 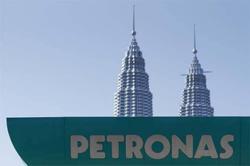