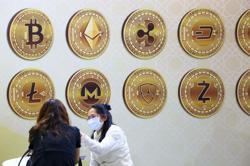 “I’m short a lot of interest rates, ” Novogratz, chief executive officer of Galaxy Digital Holdings Ltd, said in a Bloomberg Television interview. “To me, being short the five-year part of the yield curve is a great hedge for any portfolio, crypto or non-crypto.”

Novogratz is a former partner at Goldman Sachs Group Inc who went on to become a macro hedge fund trader at Fortress Investment Group and now runs a cryptocurrency merchant bank. He’s worth more than US$5bil (RM20.64bil), according to the Bloomberg Billionaires Index after a surge in the price of bitcoin, ether and other digital currencies.

Novogratz told Bloomberg that assets are rising due to the same central theme – that central banks are putting too much money into the system.

If growth explodes thanks to success vaccinating people and employment roars back, then Federal Reserve chair Jerome Powell “may flinch” by Jackson Hole, the Wyoming resort where central bank officials gather in the summer, and choose to taper, he said.

“Everyone long bitcoin should be short the five year, ” Novogratz argued.

The investor remains one of the biggest bulls in crypto, noting that money continues to pour into the space. The total market value of cryptocurrencies just exceeded US$2 trillion, doubling in about two months amid surging institutional demand.

Another bet he’s making is Facebook Inc. Novogratz said he bought the stock in anticipation of the social-media giant introducing the Novi digital wallet this quarter.

“All of a sudden you’ll have 2.4 billion people connected to this crypto space.” — Bloomberg