Price uptrend: A family at a HDB playground. At the current pace of price growth, a new peak may be formed by the second half of this year.

SINGAPORE: Housing Board resale price rose for a fourth consecutive quarter, climbing 2.8% in the first three months of this year over the previous quarter, according to HDB flash estimates released last Thursday.

Year-on-year, resale price was up by 8%.

At the current pace of price growth, a new peak may be formed by the second half of this year, she said.

Prior to their recovery from the second half of 2019, HDB resale prices had notched six straight years of decline from 2013 to 2018.

PropNex head of research and content Wong Siew Ying said that as prices in the overall market recover, some HDB flat owners may see an opportune time to sell their flats and trade up to a private home.

In addition, a sizeable number of HDB flats - more than 25,000 – will reach their five-year minimum occupation period this year, allowing them to be resold, she said.

“The potential injection of more resale flats into the market will help to stimulate demand, while transactions of newer flats – which tend to command a higher price – will prop up values, ” said Wong. — The Straits Times/ANN. 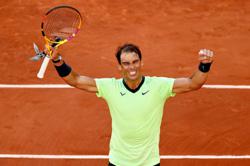