In a filing with Bursa Malaysia on Thursday, AMMB said the goodwill write-down is a non-cash item and would have no impact on its regulatory capital ratios and does not affect future earnings as it is a non-recurring item.

will not affect its ratings in the immediate term, RAM Rating Services Bhd said.

The goodwill impairment does not affect the group’s capital ratios and its liquidity position, the rating agency said in a statement.

In a filing with Bursa Malaysia on Thursday, AMMB said the goodwill write-down is a non-cash item and would have no impact on its regulatory capital ratios and does not affect future earnings as it is a non-recurring item.

RAM Rating in early March downgraded AMMB’s ratings to AA3/Stable/P1 from AA2/Stable/P1 to reflect the adverse financial impact of the RM2.83bil global settlement with the government, in relation to the group’s historical dealings with 1MDB.

AMMB’s goodwill arose from legacy corporate exercises and acquisitions. Still subject to audit review, the goodwill assessment is focused on certain lines of business, namely its conventional commercial and investment banking operations which have an aggregate goodwill of RM1.9bil.

With the group incurring the RM2.83bil provision in the fourth quarter of financial year ended March 31,2021, the one-off goodwill impairment charge will catapult the group into an even larger loss.

Nonetheless, its capitalisation – a key rating consideration – would not be affected as goodwill is excluded from the calculation of regulatory capital ratios, RAM Rating added.

Given the non-cash nature of this exercise, AMMB’s liquidity position would also remain intact.

Separately, AMMB is proposing to undertake a private placement to mitigate the impact of capital erosion attributed to the global settlement.

AMMB said in a filing with the stock exchange yesterday that Bursa Securities had approved the listing and quotation for the 300,000,000 placement shares.

Scheduled to be completed by the second quarter of 2021, the fresh capital could add about 70 basis points to the group’s common equity tier-1 (CET-1) capital ratio. This would lift the metric to around 12% as at end-December 2020 on a pro forma basis (adjusted for the settlement and including third-quarter FY21 profit).

Although the pro forma CET-1 capital ratio would still be below the pre-settlement level, the proposed capital-raising plan underscores the management’s strong commitment to capital restoration, it said. 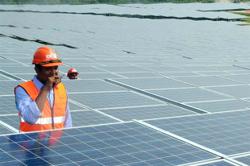