According to LIAM, the industry's overall new business sum assured also fell by 7.2 per cent to RM437.2 billion in that period from RM471.3 billion in 2019.

"The decline in overall new business total premiums and new business sum assured was attributed to the slowdown in business environment due to the COVID-19 pandemic and the restrictions to face-to-face selling during the Movement Control Order (MCO) and Conditional MCO imposed in the Klang Valley and other states in the country,” it said in a statement today.

However, the association said total new premiums of investment-linked policies edged up 1.2 per cent to RM5.01 billion in 2020 while traditional and group insurance fell 10.3 per cent and 3.5 per cent, respectively.

In contrast, the new business sum assured of investment-linked policies fell 21 per cent and group policies registered a dip of 2.2 per cent.

Its president Loh Guat Lan said this trend showed that during these unprecedented times, consumers were generally more mindful about their spending and tailoring their purchases to smaller traditional policies (lower protection) due to the COVID-19 crisis which might have affected their financial situation.

Meanwhile, LIAM chief executive officer Mark O’Dell said the pandemic had resulted in companies becoming more explorative and innovative in enhancing their value propositions by developing plans that suited the needs of the customers.

"A number of insurers introduced new plans with low premiums via the direct channel platform. Online products are available on respective insurers’ websites including medical insurance and critical illness protection plans,” he said.

"Indeed, policyholders’ discontinuing their insurance coverage in 2020 was the lowest in the last five years, despite the pandemic,” he added.

On the outlook, LIAM said barring unforeseen circumstances, the industry expected a high single-digit growth for this year.

"The industry is very positive on its performance in the coming months with the opening of more economic activities and the recovery path for the people and Malaysian economy following the rolling out of the National Immunisation Programme,” it said. - Bernama 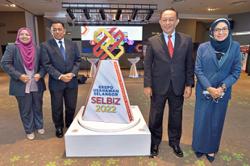