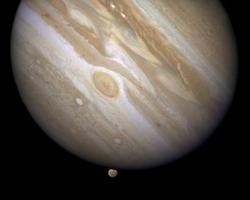 Sshare prices of companies including Baidu Inc at the Exchange Square complex in Hong Kong, China. Baidu’s stock, which made its debut in Hong Kong last week, swung between gains and losses early yesterday. -- Bloomberg , lat week. on Tuesday, March 23,2021. Baidu's stock offering in Hong Kong today marks an unlikely resurgence for founder Robin Li, who has fought his way back to relevance in China’s technology industry after squandering a near-monopoly in search. Photographer: Paul Yeung/Bloomberg

BEIJING: The massive selloff in US-listed shares of Chinese technology companies isn’t linked to their fundamentals and makes for a bigger buying opportunity, according to Citigroup Inc.

“While we are not sure whether the huge volatility of share price movement of many technology stocks during the last few days could trigger more forced selling pressure or de-risk selling sentiment from other funds in the next few days, we do believe and are reassured that none of the sell-down is fundamental related, ” Citi analysts including Alicia Yap wrote in a note.

Citi’s view comes after Friday’s unprecedented selling in some US stocks ranging from Chinese technology giants to American media conglomerates by the family office of former Tiger Management trader Bill Hwang, whose Archegos Capital Management was forced by its banks to sell more than US$20bil (RM82bil) worth of shares after some positions moved against Hwang, according to two people directly familiar with the trades.

“We would look at the selloff as technical and exaggerated and hence a long-term buying opportunity, ” he said.

Baidu has approximately US$2.78bil outstanding share repurchase programmes that it could use for buying back the shares, Citi analysts wrote in a note.

Citi’s price target of US$364 on Baidu’s ADRs implies a potential upside of about 75% from Friday’s close.

Baidu’s stock, which made its debut in Hong Kong last week, swung between gains and losses early yesterday. The Hang Seng Tech Index was down 0.3%. — Bloomberg