Revenue slipped to RM1.06 billion from RM1.14 billion in the previous year as earnings were impacted by the COVID-19 pandemic, the property developer said in a filing with Bursa Malaysia today.

"This was mainly due to lower progress billings across projects in the Klang Valley, as well as the southern regions which were affected by the Movement Control Order (MCO) and conditional MCO," it said.

Despite the market conditions, the group recently rewarded its shareholders with dividends through the distribution of 4.5 treasury shares for every 100 existing shares held in the company.

For the period under review, Tropicana’s unbilled sales stood at RM1.09 billion, while its total landbank was 867.646 hectares with an approximate RM78 billion in total potential gross development value. 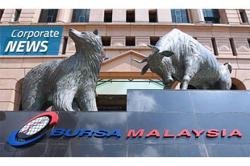