Spritzer to acquire land in Trong, Perak for RM76.1mil

In a filing with Bursa Malaysia today, Spritzer said the parties have entered into a sale and purchase agreement for the proposed acquisition of the land lots, measuring about 496.79 hectares.

Located near the township of Trong, Perak, the land lots are currently planted with oil palm trees, aged between seven and 32 years.

Spritzer said the proposed acquisition is for Chuan Sin's future expansion, as the land’s proximity to the North-South Expressway and the West Coast Expressway makes it an ideal site for a mineral water plant where its products can be efficiently transported to all the places along the expressways.

"Upon the successful setting up of a mineral water plant, the proposed acquisition is expected to contribute positively to the future earnings of the company," it noted, adding that the acquisition will be funded by internally generated funds. 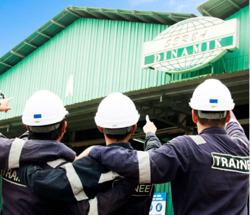