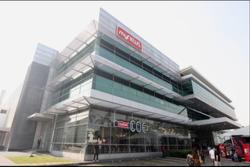 The opening of CU stores could be MyNews’ most prominent driver of growth, according to AmInvestment Bank

KUALA LUMPUR: While the full recovery in retail footfall this year may be uneven due to the ongoing pandemic, MyNews Holdings Bhd

is still expected to be on a better footing, going forward, as it gradually reaps the benefits of its partnership with South Korea’s leading convenience store brand CU.

The opening of CU stores could be MyNews’ most prominent driver of growth, according to AmInvestment Bank. The synergistic dynamic between the two convenience store franchises is something worth market consideration.

However, its effect as a catalyst to MyNews’ pre-existing stores has been vastly overlooked.

When MyNews first announced the partnership last October, some analysts had expressed concerns that there was a possibility the new CU outlets may overcrowd the already competitive consumer-value store space and cross-cannibalise its existing MyNews brand.

But AmInvestment opined that CU stores would provide the group with flexibility by removing the restrictive growth trajectories of MyNews stores. It does this by driving up the utilisation rate of MyNews’ food processing centre (FPC) and by acting as a separate channel to offload the FPC’s produce.

This will leave MyNews outlets with less pressure on their fresh food segment.

The FPC was dragged down by the implementation of the movement control order (MCO) last year.

“At the point when the production reached a 45% capacity, which was in line with our target to reach 70% by year end, the country went into a pandemic MCO which eventually caused the FPC production to halt, ” MyNews said in its financial year ended Oct 31,2020 (FY20) annual report.

After re-opening, the FPC was, unfortunately, hit by the new round of conditional MCO on Oct 14.

The stronger brand name will also enable MyNews to focus on making collaborative efforts that have higher drawing power to draw in specific customer segments.

“Currently, MyNews’ adverts are largely focused on cost savings and its loyalty programme instead. We think the priority should be to offload as much fresh food as possible from the underperforming FPC.

“A reason MyNews performed so badly compared to its peers during the pandemic was not merely because of the high FPC gestational costs and poor food uptake, but because it sacrificed its drawing power to promote its food brand.

“With the coming of CU stores and the pandemic recovery, MyNews no longer has to play catch-up, ” said AmInvesment in a report.

MyNews is targeting to roll out 30 to 50 new CU stores in the first year, with the first store expected to be ready by early 2021.

Consequently, AmInvestment has turned bullish on the counter, upgrading its recommendation on the stock to a “buy” from “sell” previously. It pegged a higher fair value of RM1.24 to the stock.

The research house noted that the 44.9% fall in MyNews’ share price from the two-year high of RM1.47 on July 8,2019 has already reflected the start-up losses of the FPC.

It believes the FPC will make smaller losses of roughly RM4mil in FY21, before breaking even in FY22. 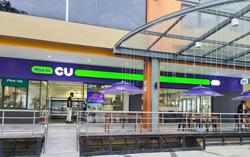