BEIJING: Government revenue rose during the first two months of the year in China, on the back of 18.9% year-on-year growth in tax income, indicating a steady economic recovery, according to the Ministry of Finance.

Overall government revenue rose by 18.7% to 4.18 trillion yuan (US$642.9bil or RM2.635 trillion) in January and February, given the low base during the same period a year ago. Government expenditure rose by 10.5% to 3.57 trillion yuan, focusing on key fields like education, social security, employment and healthcare.

Total tax income stood at 3.7 trillion yuan, with about 38% being the value-added tax contribution, which rose by 19.9% on a yearly basis, mainly due to the industrial and services sector rebound, the ministry said.

Higher tax revenues, along with the rebound in industrial profit growth, will help ease the government’s debt burden, but may not be that conducive to economic activity as some special tax reliefs are being withdrawn, experts said.

According to data provided by the National Bureau of Statistics, the sporadic Covid-19 outbreaks in early January did not slow China’s growth pace, as production and consumption indicators were better than market expectations, said a research note from Moody’s Analytics.

“We expect macro policies to be less stimulative this year with a mild fiscal consolidation at 1.4% of GDP. Macro policies will be more targeted to support a more balanced economic growth, ” said Wang Shengzu, co-head of Investment Strategy Group Asia, Goldman Sachs.

According to the latest Government Work Report, the fiscal consolidation in 2021 is primarily composed of the exit of special Treasury bonds and a small amount of local government bonds, along with some reduction in tax benefits and other items.

Economists expect a gradual and mild exit of fiscal stimulus this year, as the fiscal policy should be more sustainable to balance economic growth amid rising debt. Some policymakers reiterated that the need is to contain the overall leverage level and prevent financial risks.

China’s gross government financial liabilities were 45.81% of the GDP by the end of last year, according to the Ministry of Finance.

It said that in the first two months, 418.1 billion yuan worth of local government bonds were issued nationwide, all of which were used for refinancing. The Ministry of Finance has asked all local finance departments to focus on key investment areas and improve the efficiency of using capital. By the beginning of March, the ministry had issued new local government special bonds amounting to 1.77 billion yuan in advance.

“However, too much tightening of local government financing could weaken the fiscal soundness of some local governments, leading to high volatility in the credit market, especially if there is a spillover of local risks.” — China Daily/ANN 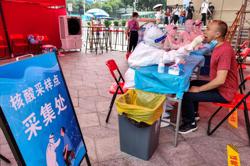 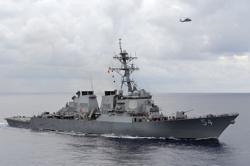