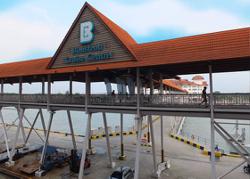 has entered into a RM230mil deal to dispose of its entire stake in a cruise terminal in Klang, Selangor, to new joint owners, Westports Holdings Bhd

Westports will acquire a 50% equity interest in Boustead Cruise Centre Sdn Bhd (BCC) for RM115mil cash, while MMC Corp, through its unit Klang Port Management Sdn Bhd, will take the remaining 50% stake, also for the same price of RM115mil.

The principal activity of BCC is the provision of port facilities and services to cruise and navy vessels.

It is also a registered owner of nine parcels of land (including buildings and jetty) measuring about 69.8 acres in Klang.

“Boustead is of the view that the disposal will allow the group to exit a non-core business which has been incurring losses since 2015.

“The business is expected to continue to be loss making in the near term as the tourism and cruise industry is not expected to resume operations until at least the second half of 2021, with a majority of major cruise liners currently suspended,” Boustead said in a filing with Bursa Malaysia.

The disposal, it said, will reduce the group’s gearing and strengthen its liquidity and cash flow position.

It said RM120mil and RM105.8mil of the proceeds are earmarked to partially repay the group’s borrowings, which is estimated to generate interest savings of about RM6.2mil per annum, and working capital requirements, respectively.

“Westports is of the view that there should be some reversion to the norm for the cruise business in the medium to longer term,” he said in a separate statement.

“BCC also owns six pieces of adjacent land and a car park that measures a total of 58 acres. As terminal operators, Westports and Northport will jointly leverage on our expertise and network to explore potential logistics or other complementary business activities that could make use of BCC’s sea-fronting parcels of land,” he added.

He noted that while BCC had suffered losses before taxation in recent years, Westports and Northport will acquire the company without assuming its existing liabilities. 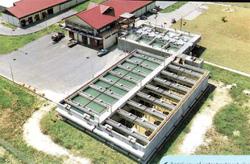