Azhar to resign as FGV chairman

said its chairman Datuk Wira Azhar Abdul Hamid (pic) is leaving the plantation company on April 1 after about three and half years at the helm.

Azhar, 59, resigned to pursue other interests, FGV said in a filing with Bursa Malaysia.

The former boss at Malakoff Corp Bhd was named FGV chairman in September 2017. His initial three-year contract was extended by the government in July last year.

“During the rigorous change in management in FGV, he also served as the interim chief executive officer from October 2018 till late January 2019, ” FGV said. 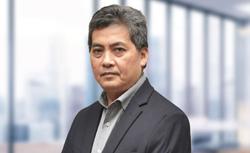