Taliworks all set to power its earnings after latest deal 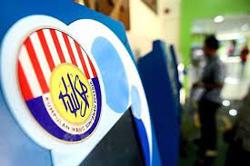 CGS CIMB Research said it also turned optimistic on Taliworks’ water contracts outlook in FY21 and foresees greater tender visibility in the second half of the current financial year.

for its solar acquisitions as positive.

The deal allows Taliworks to get about RM20mil to RM25mil per year for its 100% stake in recurring net profit.

That should be sufficient to allay concerns over the earnings impact as a result of the expiry of Taliworks Langkawi since Nov 2020, CGSCIMB said in a note.

The research house retains its earnings forecasts pending deal completion and reiterates an “add” call with a higher target price of 96 sen a share.

It said Tailworks is seen as an attractive defensive play backed by 7.9% dividend yield.

This is supported by stable water operating cash flows under the new Bulk Water Supply Agreement (BWSA), and the new solar venture.

However, the downside risks cited are larger-than expected negative earnings impact in financial year 2021 (FY21) from the expiry of Taliworks Langkawi and a delay in the completion of the solar acquisition.

The house said it also turned optimistic on Taliworks’ water contracts outlook in FY21 and foresees greater tender visibility in the second half of the current financial year.

It believes the state of Selangor’s water capex initiatives this year could pick up pace, backed by RM10bil bond (sukuk) funding raised by Air Selangor and RM4.3bil new Rasau Water Treatment Plant (WTP) (stage 1) – which is likely to be an accelerated contract to address water shortage issues over the longer term.

“We understand the contract will be broken down into several packages and believe Taliworks could emerge as one of the contenders given its track record in building WTPs, ’’ CGS-CIMB said.

The approval relates to two-stage solar acquisition deals with a value of RM180.4mil in its entirety.

The company will have a 100% controlling stake over three solar project companies with a total capacity of 19 megawatt. 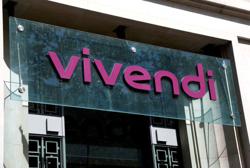