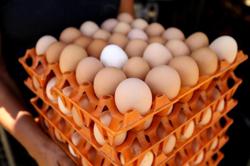 Lay Hong's production from its Jeram 1 farm in Selangor has been suspended from the local and export markets after Salmonella Enteritidis (SE) was found in its eggs exported from one of its farms, leading to a recall in Singapore.

to supply building materials up to an aggregate value of RM300mil over three years.

Dataprep has signed a Memorandum of Collaboration (MoC) with an IT consulting and services provider company Asia Coding Centre Sdn Bhd for provision of integrated solution technology for Covid-19 screening.

Saudee has signed a supplementary agreement with Top Standard Corp, a Hong Kong-based food and beverage group, following the latter’s appointment as a distributor in Hong Kong, Macau and China territories.

have entered into a tripartite collaboration to launch an online apparel store, Cheetah Online Store, by April 2021.

Under the collaboration, led by XOX, Cheetah will revamp its apparel brands, focusing on online business and the youth market, the companies said in a joint statement.

Vsolar plans to undertake a private placement to raise as much as RM22.51mil to finance solar photovoltaic projects the company secures.

Meanwhile, the US market ended mixed on Friday as the Dow rose to a record high while Nasdaq declined as the 10-Year US Treasury yield climbed to a high of 1.64%.

“Following the negative sentiment, the FBM KLCI could trend lower towards the support of 1,600 points,” JF Apex said. 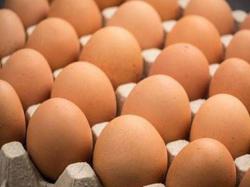