BoJ officials say the assessment would hint at the likely results of a lower negative rate on commercial banks, and would serve as a basis for measures the central bank could take to alleviate the side effects of such a move, the people said.(File pic shows BOJ building.)

TOKYO: At this week’s policy review, the Bank of Japan (BoJ) is considering releasing an analysis of the potential impact of lowering its negative interest rate to show its determination to use this option if needed, according to people familiar with the matter.

BoJ officials say the assessment would hint at the likely results of a lower negative rate on commercial banks, and would serve as a basis for measures the central bank could take to alleviate the side effects of such a move, the people said.

The BoJ will release details of its review on March 19 and is widely expected to tweak its stimulus framework while stopping short of a major overhaul. The bank is looking to shore up its stimulus for the longer term as the pandemic has made its price target an even more distant goal.

Officials see the unusual step of indicating the impact of a rate cut in advance would help shift the impression among investors and banks that the BoJ is unable to lower its negative rate due to the adverse impact it might have on bank profitability, the people added. The bank doesn’t plan to cut the rate for the time being, they said.

Giving some incentive for banks to lend and adjusting the BoJ’s three-tier reserve system are among measures floated by investors, economists and media reports as possible ways the bank could make a negative rate cut more palatable for commercial banks. Only a tiny sliver of reserves is subject to the negative rate.

Some officials are encouraged by the success of the BoJ’s efforts to support bank lending amid the pandemic and feel this backs up the view they can continue to help lending through creative means even if interest rates get lowered, according to the people.

Still, enabling commercial banks to avoid the negative interest rate or paying them interest on a wider range of reserves could give the impression the BoJ is trying to subsidise them.

While no decisions have been made, offering a lending incentive and tweaking the reserve system are likely to be among the topics for discussion when the BoJ meets this week, the people said.

The BoJ’s sudden introduction of the negative rate in January 2016 was widely criticised in Japan’s banking sector for not giving financial institutions sufficient time to consider how to prepare for the possibility. — Bloomberg 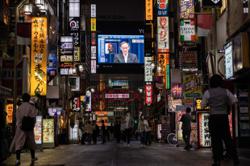 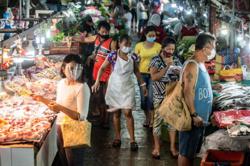