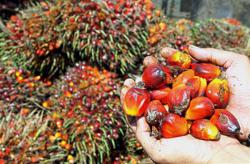 A global shortage of oilseeds, which are crushed to provide everything from cooking oil to biodiesel, seems set to worsen after hot, dry weather parched fields in Argentina and rains soaked beans in Brazil.

KUALA LUMPUR: Palm oil extended gains to close at a new 10-year high before a monthly report on Malaysian reserves and output, with stronger soyoil because of weather woes in South America providing support to the market.

While prices dipped into negative territory at one point yesterday, they rebounded to cap their fifth daily gain and appear to have the psychological level of RM4,000 per tonne in their sights, a mark last seen in 2008.

“The market wants to test the RM4,000 per tonne level before the Malaysian Palm Oil Board’s (MPOB) report on reserves, exports and output on Wednesday (today) as palm is getting support from external factors such as stronger prices of soybean oil, sunflower oil and crude oil and a weaker ringgit, ” said Sathia Varqa, owner of Palm Oil Analytics in Singapore.

A global shortage of oilseeds, which are crushed to provide everything from cooking oil to biodiesel, seems set to worsen after hot, dry weather parched fields in Argentina and rains soaked beans in Brazil.

The supply crunch has pushed Chicago soybeans to their strongest in almost seven years, and soybean oil to its highest since 2012, while rapeseed futures in Paris have reached a record on dwindling inventories in Europe.

“Still, some investors are cautious ahead of the MPOB report as palm oil’s fundamental factors don’t seem to justify the current price rally, ” Varqa said.

The dip in prices after the midday break yesterday was due to anticipation that exports may slump around 25% in the first 10 days of March, he said.

There are concerns that top buyers like India will cut purchases due to high prices, but some analysts say demand may stay strong as inventories in the country are falling and festival season purchases could begin this month.

“India will have to buy palm oil even at these high prices as it is still the cheapest imported vegetable oil, ” said Anilkumar Bagani, research head of Mumbai-based Sunvin Group.

“The disparity between costlier imported palm and relatively cheaper local vegetable oils in the country is narrowing now as pipeline stockpiles are depleting fast.” — Bloomberg 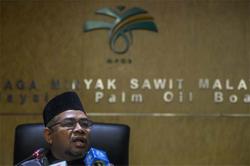