KUALA LUMPUR: The ringgit further extended its weakness at the opening against the US dollar Tuesday, on firmer buying support for the greenback on elevated US bond yields, analysts said.

Axi chief global market strategist Stephen Innes said the US 10-year Treasury yields remained resilient, hovering around 1.6 per cent, as the US made further progress towards the massive US$1.9 trillion economic stimulus and COVID-19 relief package.

The ringgit, which is also reliant on the movement of oil prices, was also affected by the news of a drone attack on the Saudi oil infrastructure.

However, the attack had not resulted in any property loss.

After rising about 2.0 per cent earlier on Monday, benchmark Brent crude quickly sank back to the US$68 per barrel levels, a loss of about one per cent.

As the time of writing, Brent crude was trading at US$68.41 per barrel.

Meanwhile, the ringgit was also traded mostly lower against other major currencies. 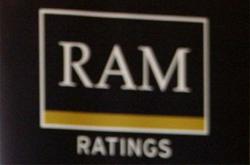