Even China has joined the drumbeat of concern, with the nation’s most senior banking regulator saying last week he’s “very worried” that bubbles in US and European markets could burst.

THERE’S been a lot of agonising about bubbles lately. The signs of excess are hard to miss, from GameStop Corp and bitcoin to the extraordinary rally in US big tech.

Even China has joined the drumbeat of concern, with the nation’s most senior banking regulator saying last week he’s “very worried” that bubbles in US and European markets could burst.

Whether a bubble exists is a matter of keen interest for investors, who naturally want to know when to get out if there’s a crash coming. It’s also crucial for policymakers, who have to deal with the aftermath.

Besides inflicting losses on asset owners, a deflating bubble can cause financial system distress and induce banks to tighten credit, a compounding process that may depress economic growth for years.

Not necessarily, though. A stock market craze can founder without causing widespread damage – as long as investors are losing their own money.

Consider the dotCom boom and bust two decades ago, which was largely an equity phenomenon: The downturn that followed was relatively mild.

A far worse slump followed a few years later with the global financial crisis, which was triggered by the bursting of a debt-financed housing bubble. In fact, there’s even a case to argue that equity-funded stock bubbles are socially useful.

That’s because they promote investment in new technologies that otherwise might not be made.

Consider canals, railways or the telegraph, which helped to revolutionise economic life in the 19th century. In each case, many investors lost their shirts. Yet the resulting infrastructure improved economic efficiency and raised the quality of life for many people.

This is the argument of Randall Morck, a professor of finance at the University of Alberta in Canada.

Recurrent stock market manias help to compensate for chronic underinvestment in innovation by inundating “hot” new technologies with capital, Morck contends in Kindleberger Cycles & Economic Growth: Method in the Madness of Crowds?, a working paper from the US-based National Bureau of Economic Research.

The reason technological progress is underfunded is because the gains tend to be widely spread, something that’s known in economics jargon as “positive externalities.” Individual companies don’t capture all the value of their inventions.

Developments such as electric power and the internet trigger subsequent waves of follow-on innovation throughout the economy.

When there is a wide gap between the internal rate of return that governs corporate investment decisions and the “social rate of return, ” private companies will pass up what they see as unattractive projects that would be desirable from the perspective of the economy as a whole.

Given this is a clear case of market failure, is it an argument for central planning? Not really. The trouble is that governments are notoriously bad at picking winners.

The invisible hand does a much better job of driving innovation, even at the price of the occasional wealth-destroying bout of investment hysteria.

Morck cites the example of the telegraph. The US telegraph network exploded from 64km in 1846 to 37,470km in 1852, as a financial fever caused wire-laying ventures to proliferate. France acquired 1207km by the same date via a state-run programme.

The American stock market subsequently crashed, causing huge losses to US investors. There was no such pain for the French, who never had the same opportunities. But when the dust had settled, the US had a vast telegraph system, and France didn’t.

This all points to a rethink on the place of bubbles in the financial and economic paradigm. They get a bad rap generally.

Analysts and commentators frown upon them as examples of human greed and folly, problems to be diagnosed and treated (if regarded with a frisson of excitement for the vertiginous profits they promise).

Instead of being tolerated as a necessary evil of the market system, perhaps the repetitive cycles chronicled by Charles Kindleberger in his classic Manias, Panics, and Crashes: A History of Financial Crises should be viewed as an indispensable engine of economic progress.

There are caveats. Not all bubbles qualify as socially useful. Paying increasingly outlandish prices for tulips in 17th century Holland probably didn’t do much for humanity.

An “optimal” bubble, if such a thing is conceivable, would form around new technologies or markets, be restricted to stocks, “and have no place for credit expansion or bankers, ” Morck writes.

Today’s conditions have a mixed scorecard. US stock performance has been dominated by the FAANG grouping of Facebook Inc, Apple Inc, Amazon.com Inc, Netflix Inc and Google owner Alphabet Inc – technology companies, though names that have been around for a while, raising some doubts over how far this wave of enthusiasm will help to drive innovation.

The standout exception is Tesla Inc. Elon Musk’s electric-vehicle maker has more than quadrupled to a market value of US$960bil in the past year and trades at a forward price-earnings (PE) ratio of 160.

The Tesla fervor has spread to other electric-car makers: China’s Nio Inc has jumped more than 10-fold in the past year to a market value of US$65bil (it has no PE because it has no earnings); BYD Co is up fourfold to a value of US$84bil and has an estimated PE of 102.

This is how the “good” bubble should work. The investor frenzy pushes up valuations and reduces the cost of capital for companies, holding out the lure of profits for new entrants to an emerging

Who knows whether Tesla or any of its growing army of wannabes will justify the faith that investors are implicitly placing in their future.

The point is that they are encouraging a surge of innovation from which society as a whole will benefit for years to come.

The position on leverage is more troubling. The Federal Reserve has undertaken a record monetary expansion in response to the pandemic, and US margin debt is at a record, having jumped 42% in the year through January to US$798.6bil.

“If I were a central banker, I’d let high-tech bubbles play out, but be especially prudent about prudential regulation, ” Morck said in an email.

“That is, limit margined speculation and keep banks, the most highly levered sector in public markets, totally out of anything that looks even slightly bubbly. The idea is to keep high-tech bubbles from spawning debt-fueled bubbles.”

He compares the current situation to the 1920s, following World War I and the Spanish Flu pandemic, when central banks expanded monetary policy aggressively and a bubble in new technologies such as radio, electrical home appliances and cinema followed later in the decade.

Limiting margin trading and bank investment in risky assets can help to prevent any bubble from triggering a global financial crisis this time around, Morck said.

We could all do without a repeat of 1929. In the meantime, those who took a bath on GameStop shares can at least console themselves with the thought that they have performed a service for society. — Bloomberg

Matthew Brooker is an editor with Bloomberg Opinion. The views expressed here are the writer’s own. 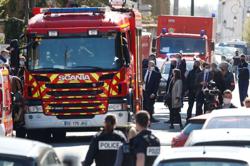 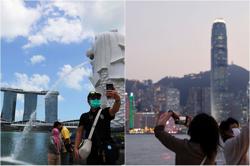