CHINESE state-backed funds were said to intervene on Tuesday to alleviate declines in the stock market, a sign that the rout had gone too far for policy makers.

The funds, known as China’s "national team, ” stepped in to ensure stability during the government’s key policy meeting in Beijing, according to people familiar with the matter.

A Hong Kong-based trader, who declined to be identified discussing client business, said entities linked to mainland funds were actively buying shares through stock links with Hong Kong on Tuesday.

The champions that drove the recent rally are falling fastest; Kweichow Moutai Co. has lost 25% from last month’s peak, wiping out almost $130 billion in value.

China’s government-related entities tend to be market stabilisers during downturns after five mutual funds were formed in 2015 to purchase stocks during the crash. Though their fate was uncertain after a reported liquidation in 2018, evidence of intervention includes buying through trading links with Hong Kong.

Historically, Beijing has supported markets when needed around significant events or dates. On Friday, the first day of the National People’s Congress, the CSI 300 ended the day down 0.3% after falling as much 2%.

Authorities had in many ways encouraged the recent correction in stocks after the CSI 300 briefly surpassed its closing record last month: officials repeatedly warned of asset bubbles and said that curbing risks in the financial system was this year’s key policy goal. - Bloomberg 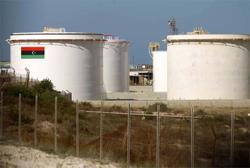