In a statement issued on Friday, it concurrently revised the rating outlook to stable from positive.

“The upgrade incorporates the steady operational performance exhibited by QSP Semenanjung’s three 50MW solar power plants that is line with our expectations.

“Actual energy production has been consistently higher than P90 estimates since the plants’ full commercial operation dates in 2019,” it said.

MARC said as a result, revenue generation was 5.2% higher than the projected RM136.8mil in 2020. Its finance service coverage ratio (FSCR) without cash of 1.47 times is in line with initial projections.

As one of the earliest players in the renewable energy segment, QSP Semenanjung has benefitted from relatively higher tariffs.

“QSP Semenanjung has sufficient liquidity, with cash balances of RM126.30mil as at end-2020 that can meet sukuk profit and principal repayments totalling RM100.4mil in 2021.

“The project’s minimum and average pre-distribution FSCR with cash are forecast at 1.72 times and 2.10 times throughout the tenure of the sukuk, slightly higher than initial projections at the inception of the project,” MARC said. 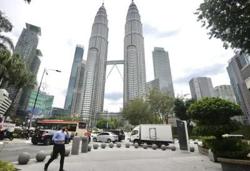