TOKYO: A popular environmental, social, and governance (ESG) fund in Japan managed by Morgan Stanley and sold by Mizuho Financial is triggering an industry-wide review by regulators who are looking into new rules for mutual funds to protect investors from possible “greenwashing.”

Japan’s Financial Services Agency (FSA) may start discussions with asset management firms and fund distributors by June about whether there should be rules for mutual fund labels, according to FSA officials who spoke on condition they not be identified.

One of the goals is to prevent firms from exaggerating or misrepresenting the environmental, social or governance benefits of their funds to attract investors, the people said.

According to the FSA, the fund initially offered investors insufficient information about its environmental and social impact, the officials said. The mutual fund is one of the largest of its kind in Asia, and quickly caught on with Japanese investors after launching in July.

After discussions with the FSA, Asset Management One in January began including more ESG details in a monthly update, the officials said. The report now explains ESG-related efforts being made by the 10 biggest holdings in the fund, including Amazon.com Inc, Uber Technologies Inc and Mastercard Inc. The FSA officials said Mizuho didn’t break any rules with its disclosure.

Asset Management One has improved disclosure for the fund with a revised prospectus and enhanced monthly reports, a spokesperson said in a statement.

A representative for Morgan Stanley said they were not in a position to comment on the naming of the fund.

Global regulators are introducing more rules to crack down on so-called greenwashing as questions linger over self-labelled “ESG funds.” Europe’s markets regulator is calling for policing of ESG ratings to prevent false labels from misleading investors, while the US is reviewing its rules for fund names.

Japan has latched on to the ESG fund craze more than any other country in Asia, accounting for 80% of ESG exchange traded fund assets in the region, according to Bloomberg Intelligence estimates. Japanese ESG mutual funds also dominate the list of the largest funds in the region, according to data compiled by Bloomberg.Still, the absence of clear fund descriptions raises concerns that some companies might take advantage of the boom by labelling funds ESG even if they don’t have a strong link to environmental or social causes, the officials said.

That lack of clarity could ultimately undermine Japan’s efforts to persuade households to invest more of their almost 2 quadrillion yen of financial assets, and potentially impair the growth of ESG investments. — Bloomberg 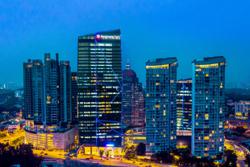 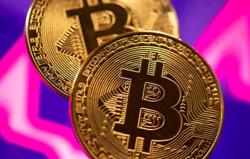