Ant suspended a share buyback programme for current and departing staff in July to prepare for the initial public offering (IPO), people familiar with the decision said, but has thus far struggled to revive it in part because of uncertainty over how to value the company.

A “short-term liquidity solution” for employees will take effect in April, Ant chairman Eric Jing said in a recent posting on the company’s internal website, according to people familiar with the matter.

Ant suspended a share buyback programme for current and departing staff in July to prepare for the initial public offering (IPO), people familiar with the decision said, but has thus far struggled to revive it in part because of uncertainty over how to value the company.

The moves underscore two intertwined challenges facing Ant: The fintech giant’s future is still shrouded in doubt due to an ongoing lack of regulatory clarity, and the risk of employee discontent is rising. Ant is bracing for departures after it pays bonuses in April, people familiar said, asking not to be named discussing private information.

Few doubt that the company’s prospects have worsened dramatically since China began tightening regulations on the fintech sector, but the opacity surrounding the new rules has made it difficult to put a number on the damage.

Bloomberg Intelligence analyst Francis Chan, for instance, has lowered his estimate for Ant’s valuation three times since the IPO was scuttled. He now pegs the company’s net worth at less than US$108bil, about 60% lower than the level implied by Ant’s listing plan in November.

Meanwhile, several Chinese tech giants that compete with Jack Ma’s businesses for talent have seen their shares soar in recent months, generating big gains for employees with stock options. Arch-rival Tencent Holdings Ltd has climbed about 16% in Hong Kong trading over the past four months, while E-commerce giant Meituan has jumped 25%. Kuaishou Technology has surged 173% since its February listing.

Some Ant employees who joined the company in the run-up to the planned IPO have quit rather than hold out for a revival of the listing, people familiar with the matter said. Others are stressing over their personal finances after buying cars or paying down payments on new homes in anticipation that the IPO would be a success, one person said.

While employee holdings would have been subject to a three-year lockup had Ant’s listing gone ahead in November, many anticipated the stock’s value would continue climbing after the IPO. That view is now far less prevalent.

In one sign that Ant has yet to resolve its issues with regulators, the Financial Times reported yesterday that China’s central bank is unhappy with the company’s progress on requests to share more consumer data with the government. — Bloomberg 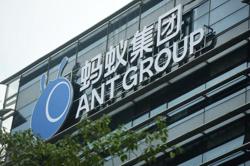