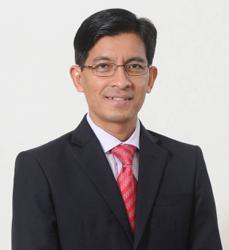 KUALA LUMPUR: Lembaga Tabung Haji (TH), the pilgrims fund board has announced a competitive profit distribution of 3.10 per cent (after zakat) for the financial year ended Dec 31, 2020, compared with 3.05 per cent in 2019, to all its nine million depositors.

The 2020 profit distribution involves a total payout of RM2.24 billion as against RM2.14 billion in 2019, it said in a statement today.

"As an institution entrusted to administer nearly RM77 billion in deposits of Malaysian Muslims, TH needs to act in the best interest of its depositors and invest the funds wisely to ensure the sustainability of this institution,” he said.

According to TH, total deposits has reached RM76.7 billion as at Feb 26, 2021, its highest ever level, reflecting the confidence of depositors.

TH has also made a zakat payment amounting to RM106.2 million for 2020, compared with RM86 million in 2019, therefore, depositors would not have to pay zakat on the savings and profit distribution received.

"The zakat paid will benefit the asnaf community throughout the country,” it said.

All TH transactions will be temporarily suspended starting from 8pm today until noon tomorrow (March 3 at 12 pm) to facilitate the profit distribution process.

Depositors may check their account balance after 12 pm on March 3, 2021 through the THiJARI

On hajj developments, Zulkifli said the Saudia Arabia government has yet to issue any official statement on this year’s pilgrimage, although it has received about 100,000 umrah pilgrims since Nov 1, 2020.

"Although the hajj was postponed last year due to COVID-19, we shall continue to pray for this pandemic to end soon so that we can become Allah’s guests again. We have to be prepared for any possibilities.

"I would advise all prospective pilgrims to join the hajj courses which are currently conducted online, and I would also like to remind them to take care of their health by exercising regularly and consuming nutritious food because the hajj rituals will demand physical and mental strength," added Zulkifli. 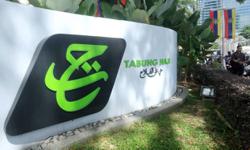