Auto segment to continue as a key growth driver in FY21 for DRB-Hicom.

reported a net profit of RM985.99mil in the fourth quarter ended Dec 31,2020, largely driven by stronger sales of Proton cars and components as well an asset disposal exercise that saw the conglomerate exiting the hospitality industry.

Revenue for the three-month period was registered at RM4.85bil.

There were no comparative figures for the financial period ended Dec 31,2020, due to the change in the financial year end from March 31 to Dec 31.

“The improved (bottomline) performance was contributed by better financial results of operating subsidiary companies and higher share of results from joint ventures and associated companies during the quarter under review.

“Also included in the current quarter is the recognition of exceptional gains of RM945.95mil on disposals of property assets and investments and impairment loss of goodwill or intangible assets in certain subsidiary companies, ” DRB-Hicom

said in a filing with Bursa Malaysia.

Earnings per share for the fourth quarter was 51 sen. No dividend was declared for the quarter.

It said the operating results for the first six months of 2020 were adversely affected by the effects of the movement control order and the Covid-19 pandemic containment measures.

Nevertheless, the operating results improved in the second half of the year, owing to a moderate recovery in business activities.

The sales tax exemption for passenger vehicle purchases announced by the government helped DRB-Hicom’s automotive segment to record a RM8bil in revenue.

Revenue for the services segment came in at RM3.5bil in FY20, mainly boosted by the performance of postal and logistics subsidiaries as well as banking operations.

As for the properties sector, revenue was RM1.3bil, following the completion of the disposals of property assets and investments, which was first announced in 2018 as part of the group’s property business restructuring.

Through the disposal exercise, DRB-Hicom recognised a gain of RM862.6mil.

“Among the disposals were the group’s residential land bank, with the property segment now focusing on industrial properties with its extensive land bank in Kedah, Perak, Melaka and Johor. It also marks DRB-Hicom’s exit from the hospitality industry, ” it said.

On its prospects for FY21, DRB-Hicom said it expects another challenging financial period as the global developments surrounding the containment of Covid-19 remain fluid.

“Hence, DRB-Hicom will continue to adopt or where necessary, design new prudent cost management approaches, while focusing on strengthening its respective core business segments to ensure business continuity, ” it said.

According to the group, its automotive segment will continue as a key growth driver in FY21.

The expected introduction of facelift variants and aggressive promotional campaigns by various marques under the group are projected to boost the its automotive businesses in the current financial year.

“Pos Malaysia will continue its transformation initiatives in 2021, as it targets to further improve efficiency, manage costs and capitalise on growth opportunities.

“DRB-Hicom’s businesses in the defence, aerospace, banking, services and properties segments will continue to aim for operating efficiencies towards optimising their costs while improving productivity, ” it said. 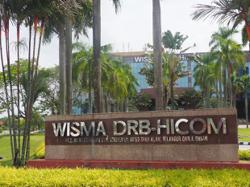