The skill set of the rural labour force often fails to meet the demands of modern industry while the basic public services in the cities can hardly cope with the increased demand as millions of migrant workers become city dwellers.

THE job market in China has remained stable over the past few years, with more than 13 million new urban jobs created annually from 2013 to 2019.

However, some structural problems such as disparities between urban and rural areas, different regions and different industries, youth employment and quality of labour supply, have emerged.

The skill set of the rural labour force often fails to meet the demands of modern industry while the basic public services in the cities can hardly cope with the increased demand as millions of migrant workers become city dwellers.

Regarding the regional imbalance, China’s inland regions enjoy a comparative advantage over coastal regions as labour costs surge in the latter. It has led to a tide of industrial transfer from the southeastern coastal regions to the central and western inland regions, which has changed the old structure of labour supply.

But youth group, such as college graduates and young migrant workers, face great employment pressures, as their professional skills do not match the requirements of the changing job market. So even though the number of college graduates has been hitting record highs in recent years, they face mounting pressures while seeking jobs and businesses are plagued by a constant labour shortage. An aging population and dropping fertility rate will further compound China’s labour supply woes as the labour force participation rate across working-age groups will drop. Going by the experience of developed countries, it could drop to less than 50% in the post-industrial era.

Against this backdrop, cultivating the quality dividend of the Chinese workforce through effective human capital investment becomes imperative.

Therefore, the economic slowdown does not mean a sharp decline in job opportunities. As the economic aggregate and market size expands and industrial structure diversifies, the demand for labour continues to expand in China.

Technological advancement is another game changer, having a “replacement effect”, wherein new technology replaces some people’s jobs. However, it will also have a “creation effect”, with the enhancement of productivity and expansion of new products creating new job opportunities. As long as the number of new jobs created exceeds that of those lost, the problem of mass unemployment will not occur.

Looking ahead, China should continuously bolster labour market reform to enhance the development and allocation efficiency of human resources with the aim of achieving high-quality and full employment.

First, China should expand the scale of labour supply and enhance the labour force participation rate. It could unveil policies postponing the retirement age to cushion the impact of a rapidly aging population in the labour market and encourage people to have more children to tackle the declining fertility rate’s short-term and long-term impacts. In the meantime, the social security system and child support policies should be improved to mitigate a working-age person’s burden in supporting a family as the total dependency ratio increases.

Second, structural obstacles such as gender and regional discrimination in the job market should be reduced. China should exploit the potential of women, study the characteristics of different employment groups and promote equal employment opportunities. Furthermore, the basic public services for employed persons and business startups should be improved to promote the employment of key groups including college graduates and migrant workers by reducing their job-seeking costs and institutional barriers.

Third, China should further promote the flow of labour between urban and rural areas. On the one hand, China should guarantee the basic rights and interests of migrant workers, accelerate reform of the household registration system, or hukou, in metropolitan areas, city clusters and megacities, promote the equalisation of basic public services in cities and increase the public service capacity, such as children’s education, medical services, social insurance and housing, to encourage them to settle in the cities where they work.

On the other hand, as well as their transformation from farmers into city dwellers, China should promote the transformation of migrant workers into modern industrial workers by further increasing their working skills to meet the new demands of industrialisation.

Finally, the human capital supply structure should be optimised to increase the quality of labour in China. To solve the structural problem in China’s labour market, in addition to increasing support for higher education, China should increase investment in preschool education, basic education and vocational education, accelerate reform of the curriculum in technical secondary schools and higher education and better match the supply and demand of the labour market through demand-oriented education such as school and enterprise joint training and enterprise customisation strategies. — China Daily/ANN

Qian Cheng is an associate researcher at the Development Research Centre of the State Council. Views expressed here are the 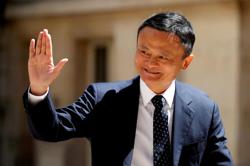